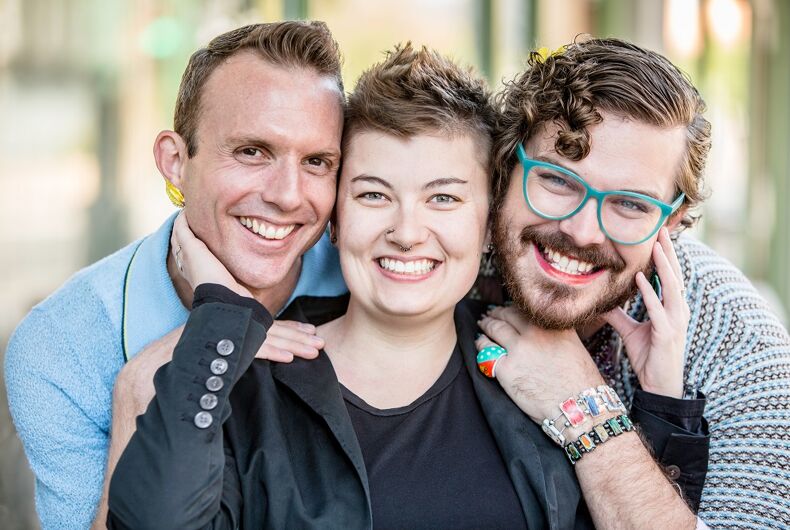 A new poll found that 12% of the US population identifies as LGBTQ in some way.

Most of the difference came from categories outside of gay and lesbian. Millennials are about as likely to identify as gay and lesbian as Generation X (35-51) and Baby Boomers (52-71), but were much more likely than any other age cohort to identify as bisexual, asexual, gender fluid, transgender, and agender.

Younger people were also more likely to be comfortable with LGBTQ people. The poll asked respondents how comfortable they were with LGBTQ people in seven situations (for example, “Learning my child’s teacher is LGBTQ” or “Seeing an LGBTQ co-worker’s wedding picture”) and labeled straight, cisgender people as “allies” if they were at least “somewhat comfortable” in all situation, “resisters” if they were at least “somewhat uncomfortable” in all situations, and “Detached Supporters” if their answers were mixed.

What’s interesting is that the “Resisters” category was fairly consistent across age cohorts. “Allies” were inversely proportional to “Detached Supporters,” suggesting that discomfort with LGBTQ people in some situations is a qualitatively different phenomenon than consistent hatred.

GLAAD suggests that increased identification as LGBTQ among young people is related to increased acceptance. “And as acceptance has grown in this country, so too has the number of young people who describe themselves as LGBTQ,” read a statement included in the report. “This, of course, does not necessarily mean that people today are less likely to be straight and/or non-cisgender; rather, it more likely suggests that accepting environments allow people to more openly and safely talk about who they are and who they love.”

While that’s surely part of the story, the fluidity of gender identity and sexual orientation over time may also play a role. People’s identities change throughout their lives, and the effect of year of birth cannot be separated from the effect of age in a poll like this.

Still, the poll is a good sign that the future will have less hatred than the present.

These diehard hockey fans put their dream wedding on ice