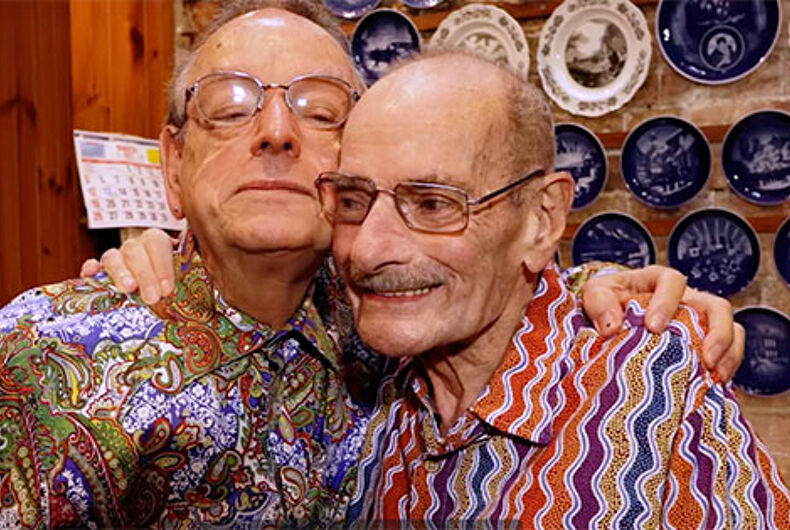 They are celebrating 50 years of love: Peter de Waal and Peter Bonsall-Boone, who goes by “Bon,” one of the first same-sex couples in Australia to be openly gay. But unless Australia’s government acts soon, their hopes of being officially recognized as husbands will be dashed, as Bon has been diagnosed with terminal cancer.

In a new video produced by the Australian Marriage Equality organization, Bon reveals his doctors told him he had just months to live. That was last year.

To mark their half-century of love, Peter and Bon exchanged rings last October.

Their struggle has been compared to that of Jim Obergefell, who finally legally married his partner John Arthur before he died in 2013, and whose fight to have their marriage recognized went all the way to the U.S. Supreme Court. The landmark ruling in 2015 ensured marriage equality for all Americans.

As GayStarNews reported, Peter and Bon shared Australia’s first same-sex kiss on TV when they were profiled in a 1972 documentary series, Chequerboard.

As they explain in the short film by the Australian Marriage Equality organization, they risked imprisonment or being declared insane and locked away, because of the archaic laws outlawing homosexuality. So they are not letting cancer stand in the way of their dream of being recognized as a married couple, as PinkNews reported.

“We’ve been second class citizens for all of the 50 years we’ve been together,” Peter says in the video. “It would be absolutely wonderful if we could say one day ‘we are equal.”

Will Southern judge who ruled for gay marriage stop rushed killing of 7 inmates?