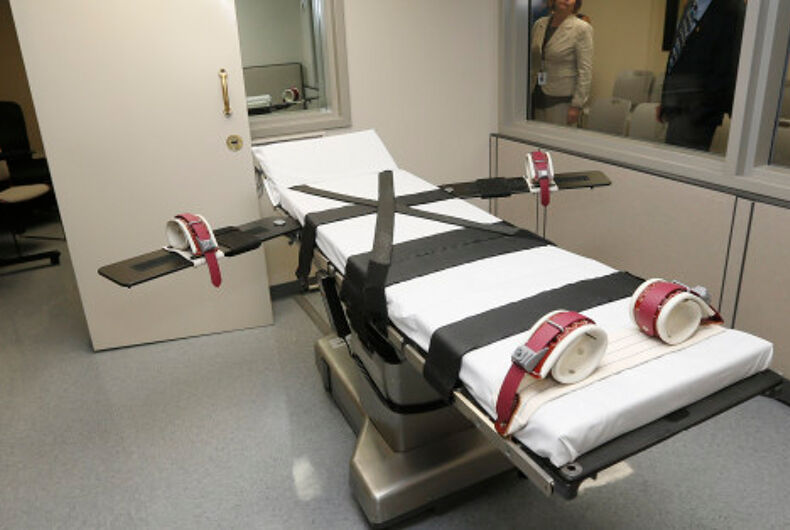 Arkansas hasn’t executed an inmate since 2005, but that could soon change in a big way, as the state considers killing seven over an 11 day period.

Judge Kristine Baker, an Obama appointee, is tasked with considering the legality of the plan, brought about due to the state’s supply of execution drug midazolam being set to expire soon, The New York Times reports.

Baker ruled in 2014 that Arkansas’ gay marriage ban was unconstitutional. The following year, she blocked a law that would have restricted the use of abortion pills.

Last year, she ordered the state not to block Medicaid funds for Planned Parenthood over heavily edited videos made by James O’Keefe and other anti-abortion activists attempting to purchase fetal tissue.

Lawyers representing the inmates, who face execution from April 17 through April 27 if the state’s plan goes through, argue the move would limit their clients’ right to counsel and access to the courts. Public defenders and parole boards are spread thin, working on numerous cases at once. The plan to expedite the executions amounts to a “mass execution,” they say.

State officials argue the attempt to halt the plan is little more than a move to push the executions back to May 1 or later, when the execution drug will have expired.