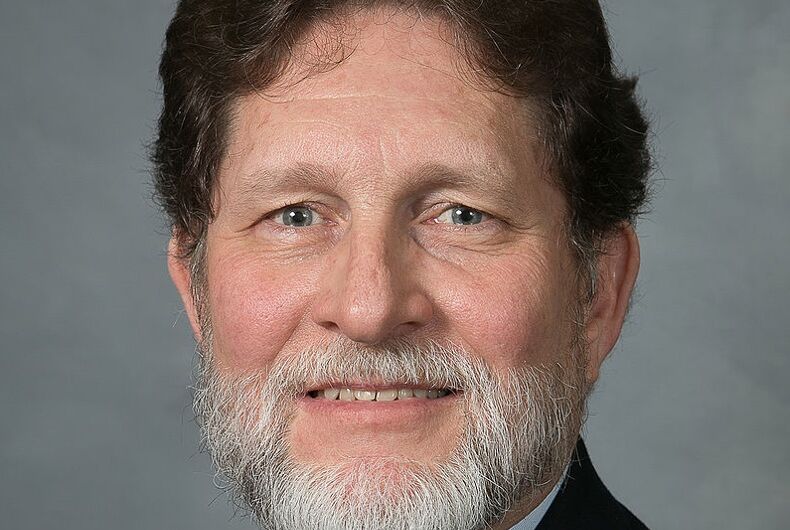 After the speaker of the North Carolina House said that a proposed same-sex marriage ban is dead on arrival, one of the bill’s co-sponsors justified the bill by comparing Abraham Lincoln to Adolf Hitler.

The “Uphold Historical Marriage Act” was proposed by a group of conservative house members in order to ban same-sex marriage in North Carolina, even though the Supreme Court ruled in Obergefell v. Hodges that same-sex couples’ Fourteenth Amendment rights are violated by marriage bans. The bill’s text stated that the Supreme Court’s decision should be defied because “laws concerning marriage are for each state to establish and maintain severally and independently.”

House Speaker Tim Moore (R) said, “There are strong constitutional concerns with this legislation given that the U.S. Supreme Court has firmly ruled on the issue.” He added that the bill would “not be heard,” meaning that it has no chance of passing.

Well, it turns out that one of the co-sponsors of a bill that would start a constitutional crisis in order to advance homophobia also doesn’t have a good understanding of history. Representative Larry Pittman compared Lincoln to Hitler on Facebook in defense of the bill.

In a discussion of the marriage ban on Facebook, several commenters told Pittman that protections in the US Constitution take precedence over state laws. One person who wrote, “The Civil War is over. The Fed won. Get over it.” The commenter was referring to various attempts by southern states to nullify federal law before the Civil War.

And if Hitler had won, should the world just get over it? Lincoln was the same sort if tyrant, and personally responsible for the deaths of over 800,000 Americans in a war that was unnecessary and unconstitutional.

Even though the Republican Party has attempted to brand itself as the “Party of Lincoln,” many Republicans continue to argue that the Civil War was an illegal suppression of “states’ rights” and that Lincoln was, as assassin John Wilkes Booth put it, a tyrant.

The North Carolina Democratic Party Chairman Wayne Goodwin called on Republicans to condemn Pittman’s comments. “Rep. Pittman and his ultra-conservative allies in the General Assembly have no sense of decency, no sense of shame and no sense of historical fact,” Goodwin wrote in a release.