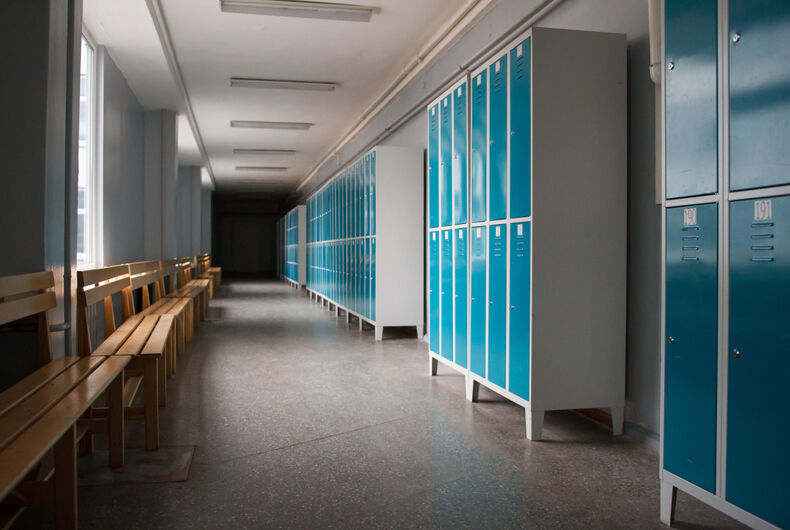 A group of Minnesota parents that sought to prevent a transgender teen from using the girls’ locker room at her school has dropped its lawsuit.

The group, which calls itself “Privacy Matters,” argued in its suit that allowing the 15-year-old to use the locker room that corresponds with her gender had “a severe and negative impact” on the other girls and claimed that the defendants — the Education Department, the Department of Justice, and Minnesota’s Virginia School District — had “unilaterally rejected the Title IX meaning of sex, which for 40 years has meant male and female: two objective, fixed, binary classes which are rooted in our human reproductive nature.”

The lawsuit claimed that the cisgender girls had suffered harm, outlining consequences that sounds remarkably similar to the experiences of transgender students who lack safe restroom access. Among the alleged injuries:

The lawsuit further alleged that the transgender student (“Jane Doe”) was engaging in inappropriate activity in the locker room by sensationalizing ordinary behaviors. The student’s alleged misconduct: asking about another girl’s bra size and wishing they could “trade body parts” (a not uncommon experience between girls at different stages of development), dancing to music, and changing her clothes near students who were also changing their clothes in a space designed for changing one’s clothes.

“This lawsuit followed a familiar pattern of organizations and individuals mischaracterizing what happens in restrooms and locker rooms in order to target innocent transgender youth,” said Joshua Block, senior staff attorney with the ACLU’s LGBT Project. “It’s disappointing that Jane was ever subjected to this ordeal in the first place but we’re glad to see anti-trans advocates recognize that spreading misinformation and innuendo won’t hold up in court.”

The filing for dismissal gave no indication as to why the case was dropped. The case was first filed in September 2016 by the Alliance Defending Freedom, an anti-transgender organization that has been filing suits around the country aimed at blocking bathroom and locker room access for transgender students. If this case sounds familiar, it may be because a similar suit is underway in Pennsylvania.

Before the suit was dropped, the ACLU argued that the transgender student’s right to freedom from discrimination is protected under both the Constitution and Title IX’s sex-discrimination language. The ACLU of Minnesota praised the student’s school district for recognizing this right and treating her with respect.

“We are proud of Jane and her family for standing up for her rights and those of other transgender students,” said Teresa Nelson Interim Executive Director of the ACLU of Minnesota. “We are glad that the plaintiffs have abandoned their attempts to force the school to violate her rights. We would also like to thank the Virginia School District for standing with Jane and treating her with dignity and respect.”

Dignity and respect appear to be Minnesota values, as the state’s legislature rejected efforts to restrict transgender students’ access to restrooms and locker room back in 2015.