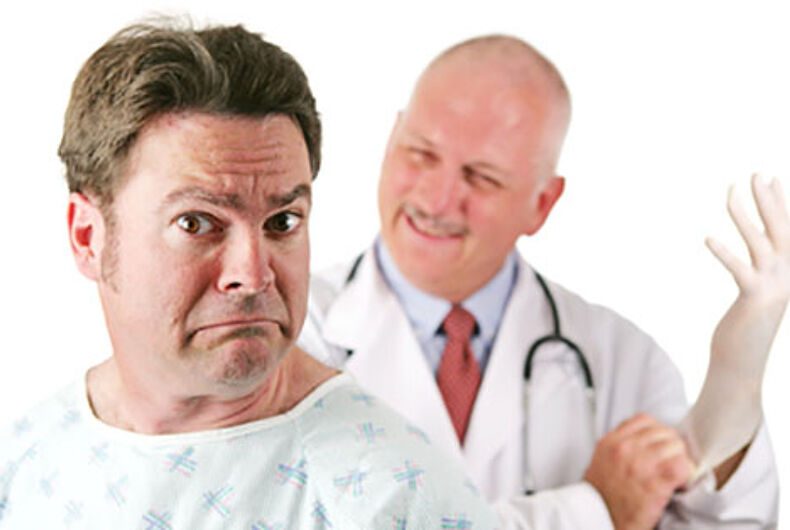 Should middle-aged men get routine blood tests for prostate cancer? An influential health panel that once said no, now says maybe. It says certain men may benefit as long as they understand the potential risks.

A: Men should decide for themselves if they want to get tested, the panel says. But first, they should have a talk with their doctor about the pros and the cons of the PSA test. That applies to men aged 55 to 69 of average risk for prostate cancer as well as those with higher odds, including African-American men and men of color as well as men with a family history of the disease. Those 70 and older shouldn’t get screened.

Q: Is this a significant change?

A: Yes, the panel in 2012 decided men shouldn’t get tested, saying there was no evidence that benefits outweigh harms that can result from overdiagnosis and overtreatment. In 2008, the group said there was too little evidence to make any kind of recommendation for younger men but said those 75 and older shouldn’t be screened.

Q: Why the change?

A: The panel says there’s now some evidence that screening can save lives. New research shows testing men aged 55 to 69 may slightly reduce their chances of dying from prostate cancer. There’s also newer evidence that “active surveillance,” which involves repeated PSA testing and close monitoring, can help men diagnosed with cancer avoid harsh treatment or at least delay it.

Q: What is PSA screening?

A: It’s a simple blood test for a specific protein. Elevated levels may be sign of cancer, but can be caused by less serious conditions, like an enlarged prostate or an infection. The goal is to find cancer at an early, treatable stage. Biopsies confirm suspicious results. The U.S. Food and Drug Administration approved the test for screening in 1994.

Q: How could a blood test be harmful?

A: Prostate cancer usually grows too slowly to be lethal; most affected men will die of other causes and never experience symptoms. Positive tests may lead to treatment for something that isn’t dangerous. Treatment often involves radiation or surgery, which can cause incontinence and impotence.

Q: How common is prostate cancer?

A: This year, more than 1 million men will be diagnosed worldwide including about 160,000 Americans; more than 26,000 U.S. men will die of the disease. Most men are diagnosed after age 60.

A: Experts acknowledge that the PSA test isn’t perfect. Researchers are seeking a more accurate way to detect prostate cancer and agree on the need for technology to identify which early-stage tumors will grow to become deadly.

Q: What is the task force?

A: The group is an independent panel of 16 doctors and other health experts who evaluate medical studies on screenings and other preventive medicine. Their recommendations influence U.S. government policy, primary care physicians and private insurers’ coverage decisions. Medicaid and many insurers cover PSA screening.

Q: What do other groups recommend?

A: Most other leading groups agree that decisions should be made by patients after doctors tell them of all the pros and cons. The American Cancer Society says start PSA discussions at age 50 for men at average risk; at age 40 for men with a strong family history and age 45 for men of color.

The American Urological Association’s recommendations cover ages 55 to 69 and say screening should be considered at earlier ages for African-American men and other men of color as well as men with a family history.

The European Association of Urology says screening should be offered to well-informed men over 50 or over 45 for men of color and those with a family history.

© 2017, Associated Press, All Rights Reserved.
This material may not be published, broadcast, rewritten, or redistributed.
Health and Wellness
Cancer