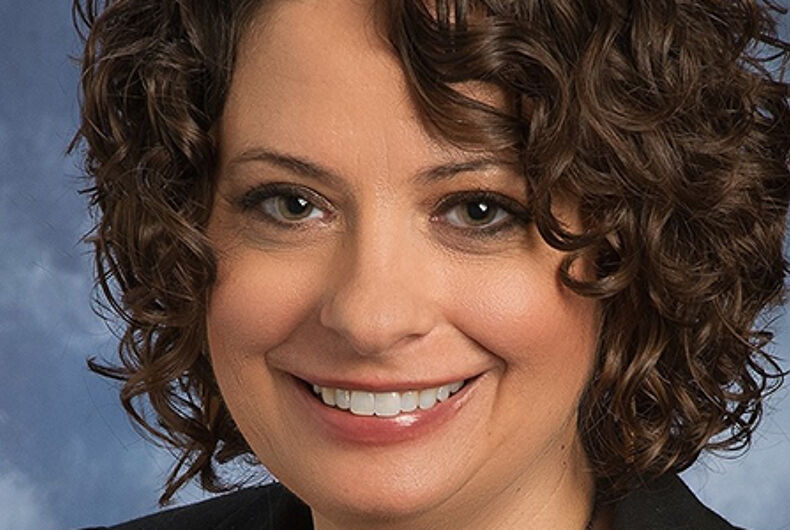 Chelsea Savage first heard the concept of homosexuality from her former husband, a man 20 years her senior, who spoke of his former wife, who had been bisexual. It was then that she realized that she wanted to be with another woman, but that thought was an impossibility.

It “sounded pretty awesome” to her but was not something she could say out loud, Savage told GayRVA. Savage, like the other girls, was encouraged to marry young.

“Being a lesbian was a club I wanted to be part of, but I couldn’t figure it out,” she added.

“Some would characterize it as a cult,” Savage notes of the “non-denominational Pentecostal” church she was raised in starting at the age of five. “We dressed in long, frilly dresses and had our hair up in buns. If we went to Colonial Williamsburg they thought we were part of the cast.”

“If (the dress) was too short, we would sew lace on the bottom or top…it was all very puritanical, very much Scarlet Letter,” Savage told New York Magazine.

She left the church after about 20 years as a member, with her husband and children. Then she got up the courage to leave her husband and begin a career in the healthcare field. Currently at VCU Health as a Professional Liability Investigator. She has also worked advocating with several nursing groups.

Now she looks to represent Virginia’s 73rd District, with a race in the upcoming Democratic Primary, followed by the general election for the House seat if she is successful.

Her work advocating for nurses put her face to face with her would-be Republican challenger, John O’Bannon. O’Bannon has held the seat since 2001.

Savage wants to take him on in part because he does not support expanding Medicaid. She says he has “he’s left 400,000 people without healthcare.”

Her decision to run came after those around her encouraged her to do so. Yet she was concerned that her sexual orientation could be a hindrance. Instead, organizers at Emerge Virginia, a group recruiting women to run for office, told her it could be an asset.

Savage is running toward, not away from, her orientation as she campaigns.

“I’m the one bringing it up, every single freak’n time. That is a main platform in my campaign, being gay, and I say it all the time,” she said.

Unseating an opponent that has held his position for over 15 years will be no easy task, but then if there is anyone you shouldn’t count out, it’s Savage.

Savage hopes to have a strong showing at the first major test of her campaign, an upcoming caucus, to be held April 29th from 10 a.m.-2 p.m. at Glen Allen Cultural Arts Center.

Why do so many Christians oppose everything Christ supported?