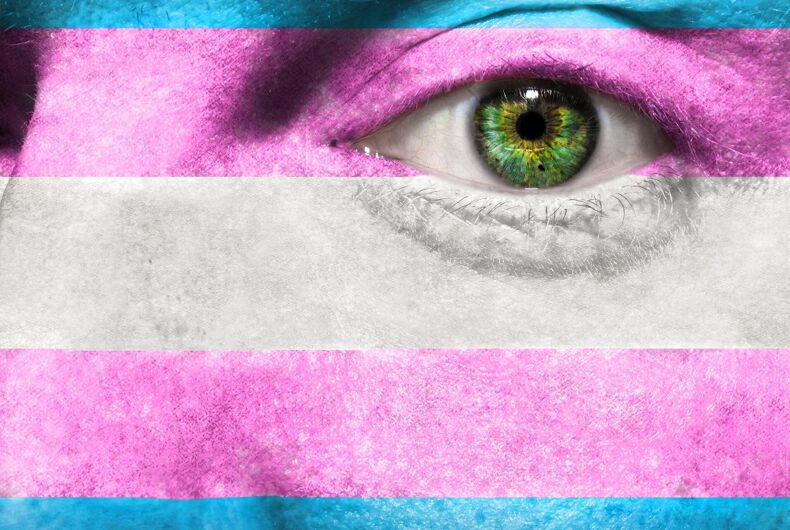 A transgender woman filed suit against the state of Idaho for refusing to correct the gender on her birth certificate.

Idaho is one of four states – along with Ohio, Kansas, and Tennessee – that completely bans changes to one’s gender on a birth certificate.

The 28-year-old plaintiff is identified only as F.V. in the suit, filed by Lambda Legal in the U.S. District Court in Idaho. She attempted to have her birth certificate corrected last month because it says that she is male, but the state refused.

Having documents with the incorrect gender can lead to harassment. According to a 2015 study by the National Center for Transgender Equality, 25% of transgender people have faced harassment because their ID didn’t match their gender and 16% of people were denied service.

F.V. says she has been discriminated against because of her birth certificate. The suit says, “After seeing her birth certificate, staff at the [Social Security] office referred to her as a ‘tranny,’ a derogatory term that disclosed F.V.’s transgender status to others in the waiting area. One of these individuals then called F.V. a ‘faggot’ as she was leaving the office.”

F.V.’s attorney Peter Renn told BuzzFeed News, “It is especially dangerous for the government to not recognize people for who they are because the government leads by example.”

The suit claims that F.V.’s constitutional rights are violated by Idaho’s ban on correcting birth certificates, including her First Amendment right to free speech. The suit also makes claims under the Equal Protection and Due Process clauses.

F.V., for her part, says she just wanted to live with dignity. “I hope that Idaho will give me the dignity of deciding when complete strangers get to know deeply private information about my life. Like so many transgender people, I’ve been on the receiving end of harassment and outright violence. It costs Idaho nothing to correct this piece of paper and recognize me as the woman that I am.”

Other states have varying requirements for correcting gender on a birth certificate, with more conservative states requiring medical proof of sterilization by sex reassignment surgery and more liberal states allowing corrections with simple affidavits attesting that the information is correct.

Before the ad: Pepsi has exploited black & latino people for generations

Ossoff just misses outright win in Georgia, here’s what that means for you