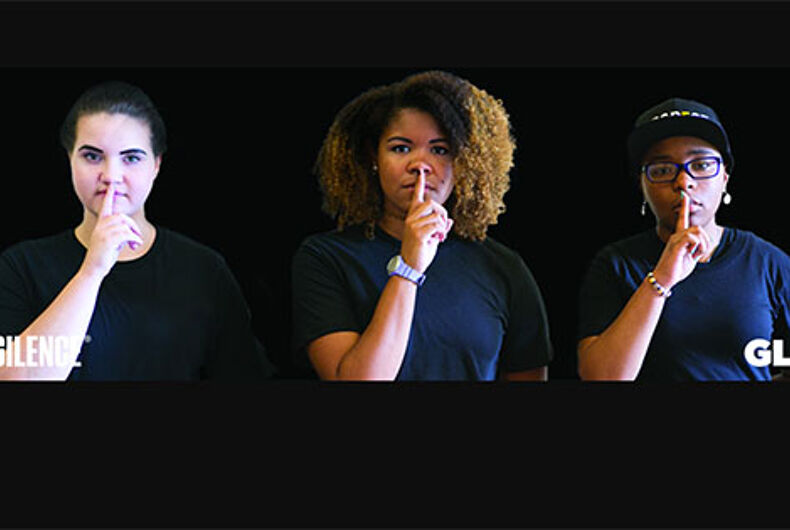 “Silence is Ours” is the theme of this year’ s “Day of Silence,” organized by the Gay, Lesbian & Straight Student Education Network, also known as GLSEN.

The worldwide event aimed at raising awareness of name-calling, bullying and harassment of LGBTQ youth is taking place at 8,000 middle and high schools across America, where students will speak as little as possible, or not at all, all day, to symbolize the silencing of LGBTQ voices through hate.

This specific theme, according to organizers, is to reclaim this silence, “shifting it from something forced upon LGBT students to a strategic tool they use to advocate for safe and affirming schools.”

GLSEN’s most recent report, the National School Climate Survey of 2015, revealed 85 percent of LGBTQ students reported they were verbally harassed at school in the past year. Nearly two-thirds heard homophobic remarks frequently or often. The group boasts this is the only survey of its kind on the school experiences of LGBT middle and high school students in the country.

One avenue of action recommended to students who participate is to write a letter to their governor, to ensure they support the most inclusive and comprehensive protections for LGBTQ youth that they can.