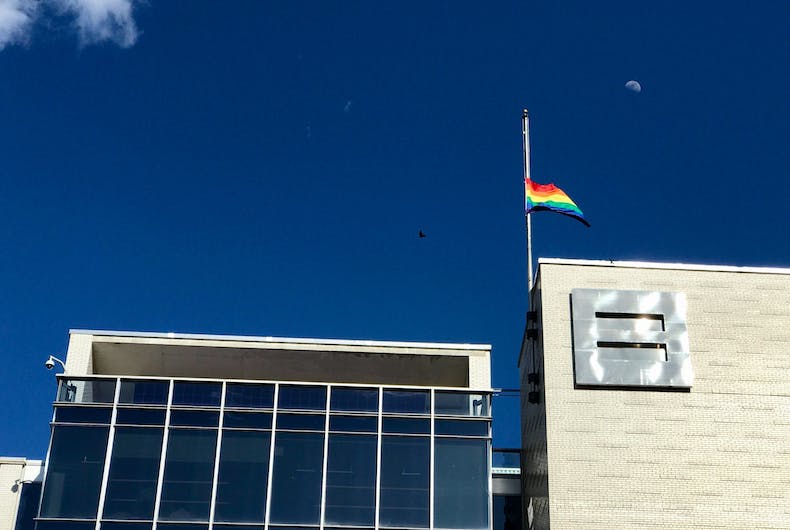 The rainbow flag flies at half-staff over the Human Rights Campaign headquarters in Washington, DC on April 4, 2017.Photo: Jerame Davis

The Human Rights Campaign flew the rainbow flag at half-staff today over their DC headquarters to honor the life and legacy of Gilbert Baker. The designer of the iconic symbol of LGBTQ rights died on March 31.

Baker taught himself to sew and created flags and banners for marches and protests, including the rainbow banner flown by civil rights icon Harvey Milk on June 25, 1978.

A large crowd marched through the Castro after the news of his death was announced as our community paid homage to one of the founders of the LGBT pride movement.