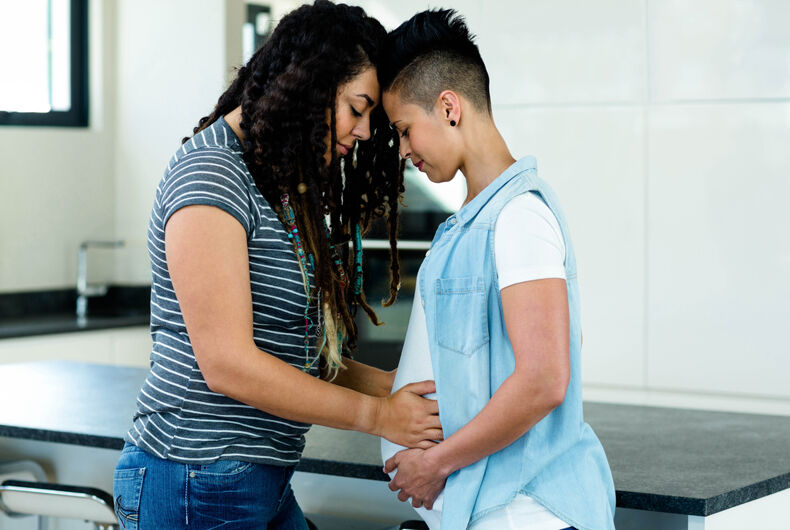 Hawaii lawmakers killed a bill that sought equal access to fertility treatments for gay and lesbian couples and single women.

The decision came after health care lobbyists argued it was a bad idea to make insurers cover a fertility procedure for surrogate mothers that gay male couples rely on to have a child.

State Sen. Rosalyn Baker, the Senate’s lead negotiator for the bill, suggested killing the bill at a committee hearing Friday.

“I’m not certain that it’s ready for prime time, considering that we have no surrogacy laws on the books in the state of Hawaii, and I believe we need to address those,” Baker said.

Hawaii law requires insurance companies to cover one round of in vitro fertilization for some married, heterosexual women. The procedure in which a doctor retrieves eggs from a woman, combines them with sperm from a man and then implants an embryo into a woman’s uterus can cost more than $20,000 and often requires more than one round of treatment.

The bill sought to extend that insurance mandate to same-sex female couples, single women and surrogate mothers that gay male couples rely on to have a child. It also sought to reduce a wait time for the benefit from five years of infertility to one year.

Hawaii’s major health insurers told lawmakers they already cover in vitro fertilization for lesbian couples and single women. But they didn’t want to cover the procedure for surrogates because they feared legal complications, especially because there are no state laws covering surrogates.

While two major Hawaii insurers have taken steps to include female same-sex couples in their fertility coverage, there are other insurance companies that have not, said Mandy Finlay, advocacy coordinator for the ACLU of Hawaii.

“We have heard that discrimination is happening, and whether that’s human error or whether it’s a discriminatory policy that’s in place, that issue needs to be resolved, and the best way to do that is by eliminating the discriminatory language in our state law,” Finlay said.

Baker said she would rather pass a pending resolution that asks the state attorney general to study surrogacy and she hopes lawmakers can work on the issue in coming months and revisit it next session.

“I would hope that maybe that there would be some elements that we could salvage at this time, but given the fact that the absence of surrogacy laws in our state is difficult, I would concur with you,” said Rep. Della Au Bellati, a negotiator for the bill in the House.

Sean Smith, who with his husband paid out-of-pocket for IVF procedures performed on the surrogate who carried their son to term, said he was “just shocked and sad and surprised that they couldn’t agree to keep any parts of the bill.”