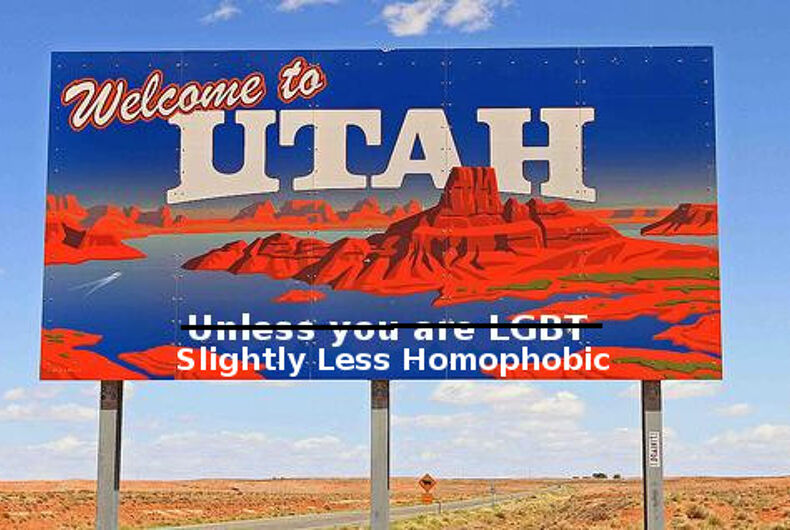 An LGBT-rights group says it plans to start negotiating with Utah officials about a lawsuit challenging state laws that restrict positive talk about homosexuality in schools.

Utah lawmakers recently approved a measure that is expected to help resolve the issue by stripping state law of language banning the “advocacy of homosexuality” in schools. It is expected to go into effect in May.

Equality Utah’s Troy Williams said on Monday that they plan to talk with the attorney general’s office and the state’s board of education to make sure all of Utah’s school districts will implement the policy change. He says they’re optimistic about a positive resolution.

The National Center for Lesbian Rights and Equality Utah had sued the state education board last fall, saying the law creates a “chilling culture of silence that stigmatizes LGBTQ students.”

Radio host accuses gays of stealing rainbow from God, demands we ‘give it back’