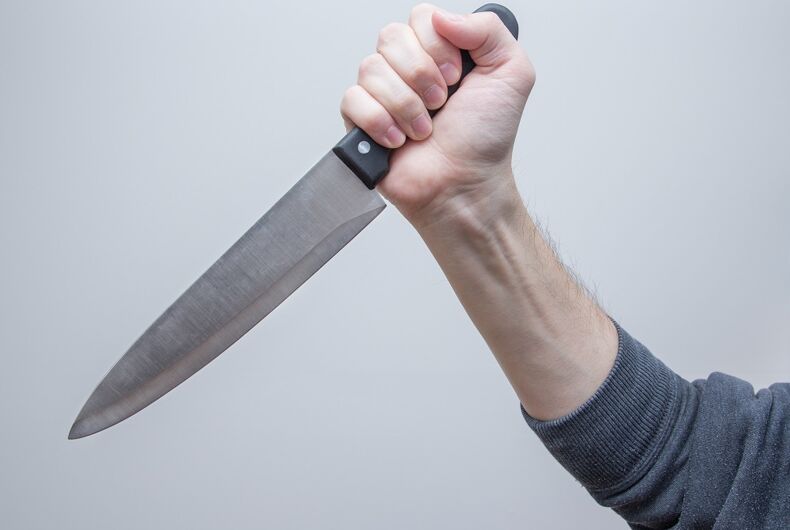 Police are looking for suspects in the murder of a gay rights activist.

Bruce Garnett, 67, was active in the 70’s and 80’s. A 1978 newsletter by the Richmond Gay Rights Association said that Garnett was the “first openly gay man” to lobby the Virginia legislature for gay rights.

Last week, Garnett was found stabbed to death in his apartment in Virginia. Police believe that he was dead for several weeks before police found the body.

“Police responded just before 3:30 p.m. on Friday, April 21, to check the welfare of a man who had not been seen in several weeks. Upon entry to his residence, officers located the man, who was confirmed deceased by EMS personnel,” police said in a statement.

Police have not said whether there is evidence of forced entry into his home, although that would not show whether his murder was a hate crime. People who want to kill gay men because of homophobia have been known to use gay cruising sites to get invited into victims’ homes.

“We’re still pretty early in the investigation. We’re still trying to play catch up a little bit as far as what all happened here because, as we said in the press release, we believe he had been there at least a couple of weeks,” Mike Louth of the Chesterfield County Police Department told the Washington Blade.

Police have talked with neighbors and are reaching out to the news media to find anyone who “has seen or heard anything unusual that would help us out,” Louth said.

The victim’s brother, who has lived in Malaysia for the last several years, said that his brother was isolated in his apartment and he didn’t know his brother’s friends