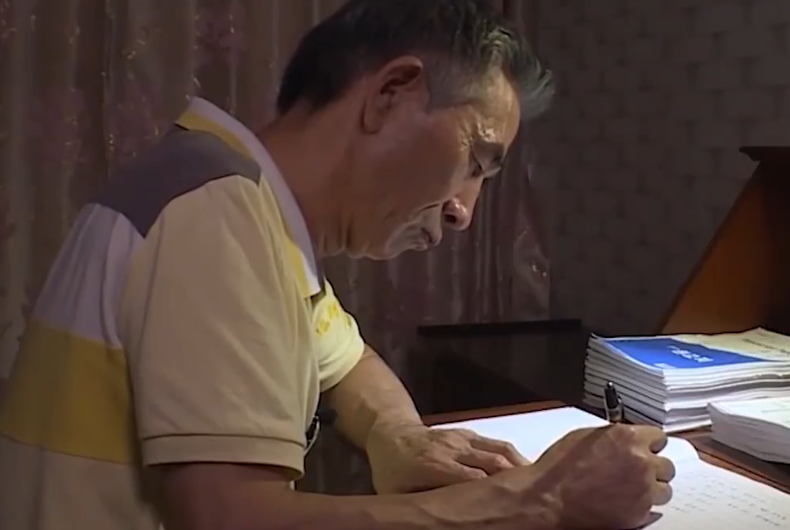 A gay man from North Korea has written a book about his life’s experiences.

Little is known about how people live their lives in North Korea because of the oppressive dictatorship that blocks most communication with the outside world. Much of what we do know comes from defectors who managed to cross one of the country’s two guarded borders on foot.

Jang Yeong-jin says he knew that he was different, but he had no idea what homosexuality was. He did not feel any love for the woman he was arranged to marry, and worried that he had “ruined” her life. Later, he described his feelings to a neurologist and had to run from the office as the doctor yelled at him.

Jang fled to China in 1996 but couldn’t find a way to get to South Korea. Worried that he would get sent back to North Korea from China, where he would face torture and execution, he crossed the Demilitarized Zone into South Korea, the 2.5-mile wide area full of landmines and protected by armed guards that separates North and South Korea.

He actually made it across and began life as a defector in a country that considers him a stranger. He first read about homosexuality in a magazine in a doctor’s office.

“That was the first time I knew what homosexuality was and I was really pleased,” he said. “I was 37-years-old by that time and thought I would be living alone for my entire life after leaving North Korea since I could not live with a woman.”

He says that his life in South Korea remains a struggle, as most defectors are straight. “Since I am a defector, I am a stranger in this society. For all defectors it is hard to settle down, but for me the hardships double,” Jang told CNN.

Who stabbed this gay trailblazer to death in his own apartment?