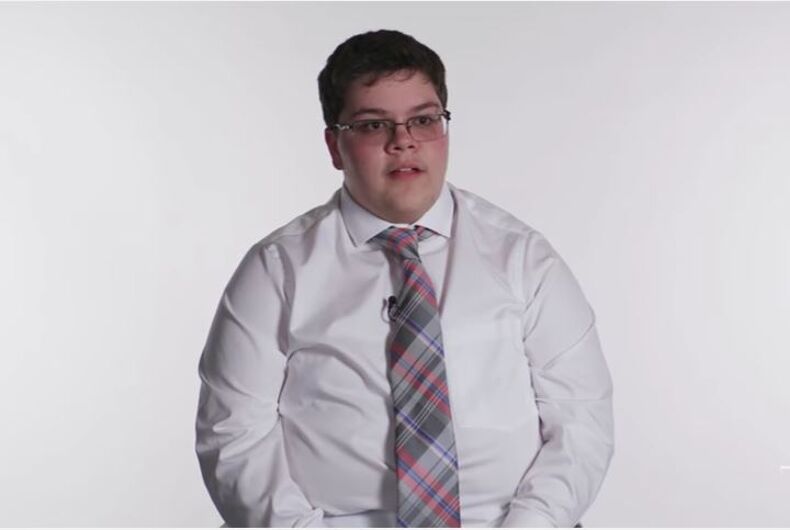 Gavin Grimm's fight to use the boy's bathroom at his school launched him into national awareness. Photo: Time Magazine, YouTube Screenshot

Gavin Grimm, who has been bravely fighting for transgender student rights before the public eye, has been named by Time Magazine as one of its 100 Most Influential People.

As Grimm says in his interview with Time, he never thought his desire to be treated like “a normal child” able to “use the restroom in peace” would require the fight he has since endured, launching him into the spotlight.

“I’m not really sure how using the bathroom became national news. I thought it was a pretty simple concept that could be solved quickly and privately, but gaining the traction that it has, and going as public as it has just been such a surprise to me,” Grimm admits. “I never would have dreamed it would have been like this.”

The Supreme Court recently decided not to hear Grimm’s case, arguing that his school district violated Title IX, which prohibits sex discrimination in schools that receive federal funding, but that doesn’t mean the fight is over.

As Janet Mock writes for Time:

Now 17, Gavin is the cherubic face of a reductive, dirty debate about trans people’s right to exist in public spaces without hostility, harassment and violence. His case, which remains ongoing in Virginia, has implications that extend far beyond bathrooms. It’s about a greater sense of belonging for us all—at school, at home and in our neighborhoods and places of work and worship. So many are made to feel as if they should hide, pretend or perish. Gavin’s refusal to be treated unjustly is an enduring reminder that we will not be stalled.

The issue is on newsstands now. Watch Grimm and his mother talk about the case in the accompanying video below.