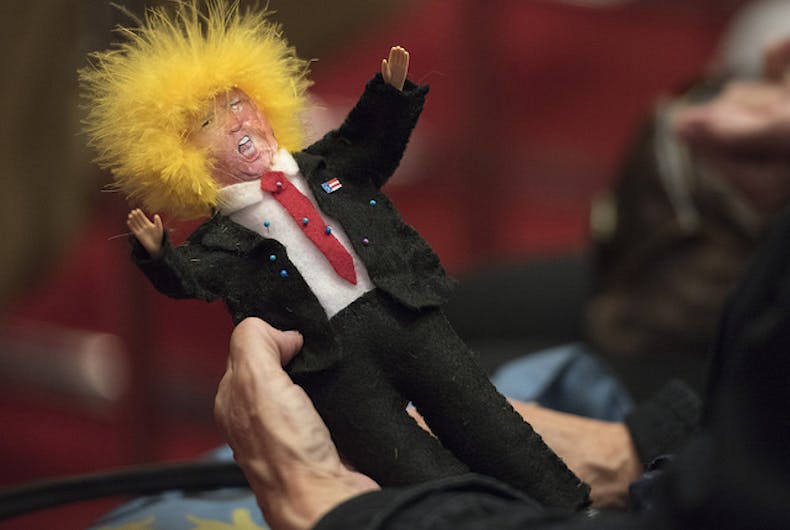 Senior fellow at the Family Research Council, and retired Army lieutenant colonel, Robert Maginnis appeared on SkyWatchTV recently to argue that gay people and witches are out to doom the nation.

Maginnis claimed to have seen firsthand evidence of “occultism,” and said politicians were vulnerable to the powerful combination of witchcraft and queerness.

“If you look around Washington, you have, Dupont Circle is famous for being the center of homosexuality in Washington. You have all sorts of activities down there that are pretty souring,” he said, offering no illumination as to his information gathering techniques, causing one to wonder. “You have a lot of witchcraft. You have a lot of hedonism. You have all the issues that — when I think of Sodom and Gomorrah, I often think of Washington, D.C. in the same thought.”

He added that “sometimes we have very good people that come to Washington well intended to do the right sorts of things, and yet these people end up coerced because of the nature of politics and surrender their well intended ideas to something that is far worse.”

Maginnis then asked for prayers for President Donald Trump.

“Unfortunately, even for people like President Trump, he needs your prayers. He needs to be uplifted, because the temptations are great,” he said.

That’s one excuse for his failures thus far.

Maginnis previously told televangelist Jim Bakker that he had “personally met” with witches who told him they were advising high ranking officials.

Other conservative talking heads who apparently believe in magic and have posited that Trump and the Republicans are being cursed by witchcraft include Pat Robertson, Infowars founder Alex Jones, and American Family Radio’s Bryan Fischer.

At $25M, Bill O’Reilly’s parachute is a lot more golden than his alleged victims