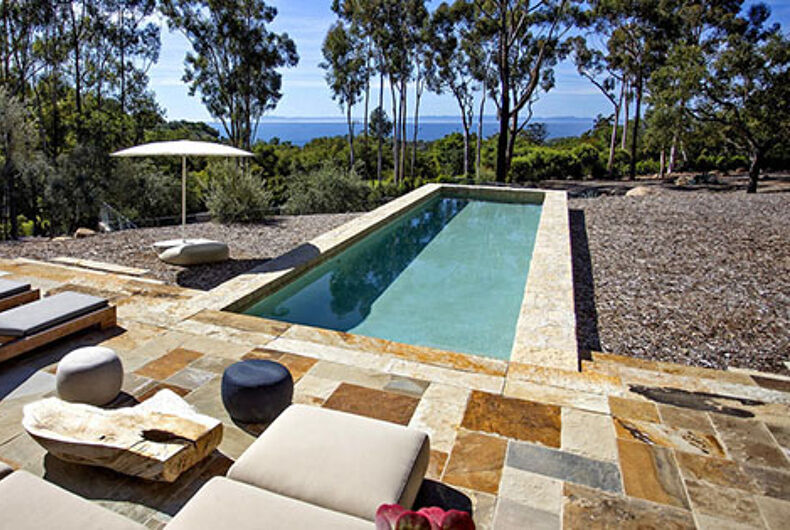 Ellen DeGeneres may laugh and dance all the way to the bank if she finds a buyer for the amazing Southern California getaway she renovated with her wife Portia de Rossi.

The exquisite home is their weekend retreat in the Santa Barbara area, and Sotheby’s tells the Los Angeles Times the couple is selling it only because they don’t spend as much time there as they used to.

DeGeneres and de Rossi spent much of the last four years giving the estate a massive makeover.

The place is filled with the TV host’s extensive collection of modern art, and the grounds are frequented by bobcats, owls and other native fauna, according to the Times.

This huge chef’s kitchen is just one fabulous feature of the home that boasts a media room, a grand living room, a formal dining room, six bedrooms and six bathrooms. There’s also a secret door from the kitchen that leads to a lofted office/creative space. An art studio used by De Rossi sits below the lofted space and has its own kitchenette.

And if you get bored indoors, there are two pools — one of which is partially indoors — as well as a sunken tennis court, a badminton court and a Pacific ocean view that will set your heart beating. And it can all be yours for just $45,000,000.

Barry Manilow comes out at 73