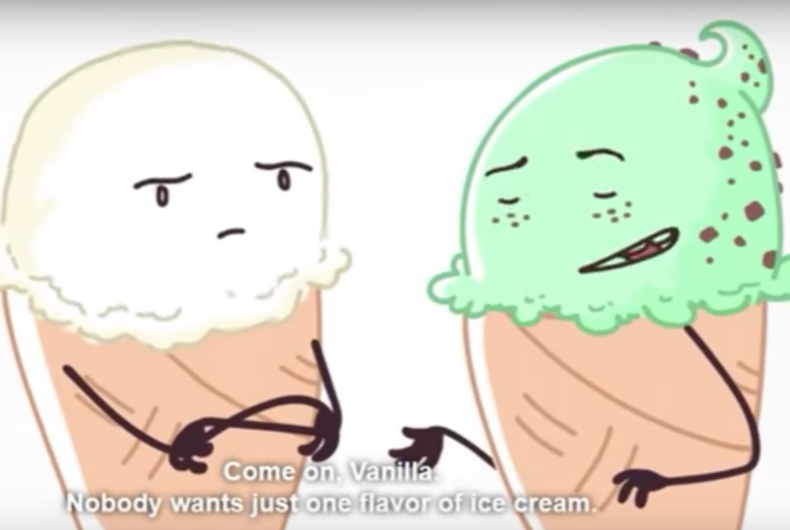 Bill Nye is on a roll lately, combining science and entertainment to educate viewers about the diversity of human sexuality. The former children’s show host has adapted his beloved educational format to appeal to adults — many of whom may have watched his show, “Bill Nye the Science Guy” as kids.

Nye’s latest take on sexuality is a segment about so-called “conversion therapy,” in which he uses animated ice cream to illustrate why you can’t — and shouldn’t — try to change someone’s sexual orientation.

On his Netflix series, “Bill Nye Saves The World,” he tries to explain a sometimes controversial subject using something everyone can relate to — delicious ice cream.

“As vanilla, I feel that I am the most natural of the ice creams,” an illustrated ice cream cone explains at a gathering of diverse ice cream flavors, “and therefore, the rest of you should just go ahead and also be vanilla. It’s the one true flavor.”

The moral of the story, Nye explains: “There are lots of flavors to sexuality.”