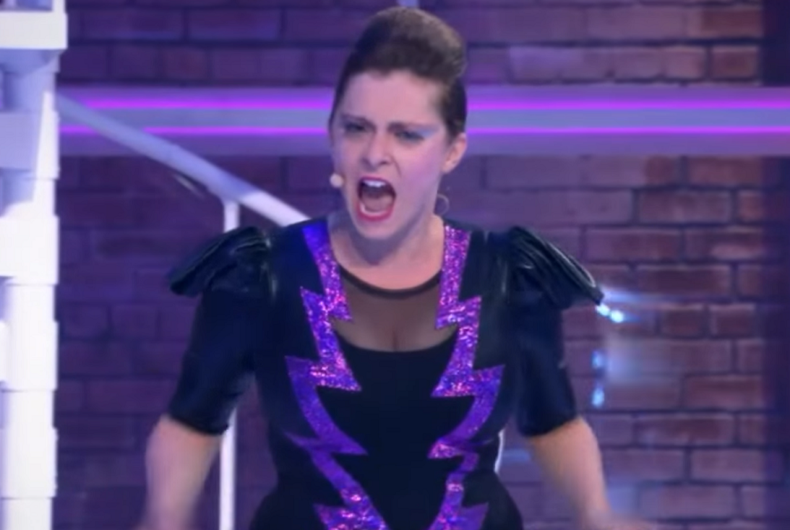 When I woke up this morning, I wasn’t expecting the rightwing blogosphere to be blowing up over a video from Bill Nye and actress Rachel Bloom explaining that there are more choices than “hard or moist.”

The video is of a segment on Netflix’s Bill Nye Saves the World, a show about science for adults. Bloom raps about how sexuality is a spectrum, and says that people should do what’s right for them.

PJ Media accused Bill Nye of “indoctrinating kids into gay sex.” The Daily Caller said that the video “promotes transgenderism” (misunderstanding some of the lyrics about bisexuality) and quoted a commenter who called it “degeneracy.” And Hot Air just said the video is a “debacle.”

With those kinds of reviews, it’s got to be some kind of great!

And it is. The beat is rough and fairly annoying, the rhymes are forced (“power bottom or a top off” with “butt stuff”? ugh), and there’s even a cringe-worthy “home slice” thrown in at one point.

But… is that all just part of the charm? There’s something fairly lovable about the whole thing, some awareness of the ridiculousness of its preachiness, along with the positive message, that makes me feel hopeful. I just can’t imagine anything like this appearing on TV even 10 years ago.

Trump has accomplished nothing in his first 100 days

Meet Thelma and Louise: Lesbian penguins raising a chick together