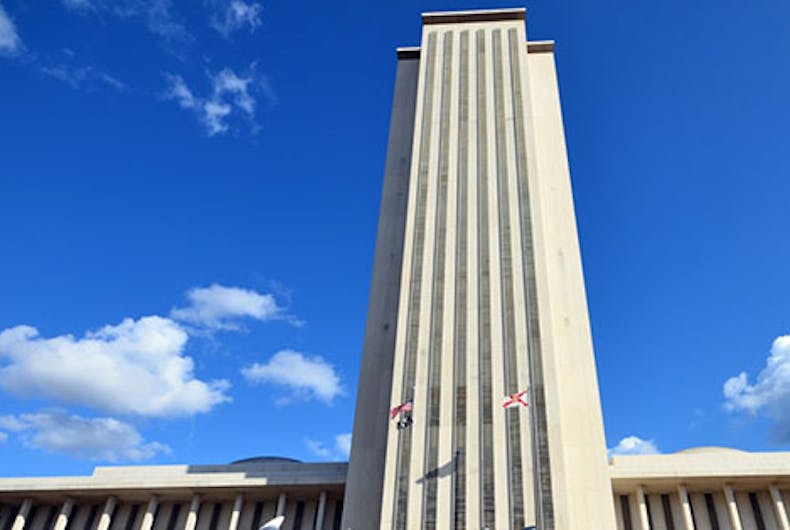 Two men caught in a tryst in a bathroom stall inside Tallahassee, Florida’s towering 25-story capitol building will not face charges but did receive trespass warnings.

The unidentified couple, ages 20 and 21, were spotted by an officer of the Capitol police, according to a report by the Florida Department of Law Enforcement.

The cop reportedly entered the men’s restroom on the 22nd Floor to wash his hands, and saw two pairs of shoes in the stall reserved for the disabled, “nowhere near the toilet or sink,” according to the Tallahassee Democrat.

That’s when one of the men peeked over the stall divider and made eye contact with the officer, who then reported that he heard what sounded like clothes being put back on.

He ordered the men to come out of the stall and took them in for questioning.

According to his report, they had met on Grindr and after meeting in person, had decided to hook up on the top floor at the Capitol. One of the men reportedly admitted they were engaged in sex in the bathroom stall, but, according to the website, he later denied it.

Since the officer did not witness any lewd or lascivious behavior, police did not charge either man with a crime according to the FDLE report. They were escorted off the capitol complex grounds and given trespass warnings.