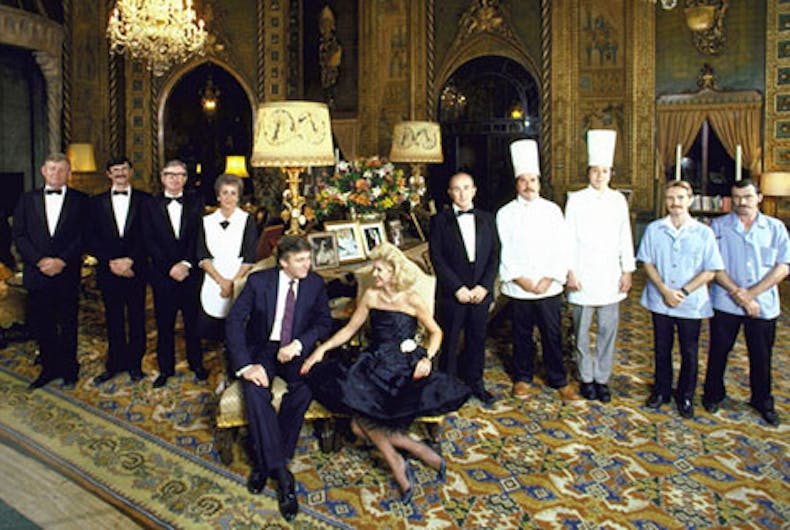 Here’s an answer to that question, “what do you get when you pay $300,000 for a membership at President Donald Trump’s Mar-a-Lago estate in Palm Beach, Florida?

A risk for food poisoning.

A report by the Miami Herald says just days before Japan’s prime minister, Shinzo Abe visited the resort as the president’s guest, state restaurant health inspectors found 13 violations in the kitchen that posed potential dangers to the health of the patrons: raw fish that did not get checked for parasites and raw meats stored at too-warm temperatures.

The report indicated some of the violations “could allow the presence of illness-causing bacteria on plates served in the dining room.”

Other violations were less serious: Water used by employees to wash their hands was too cold to properly sanitize hands and rusted shelves were found inside walk-in coolers.

Given that the president was very involved in day to day operations of Mar-a-Lago and the fact he’s spent 22 of his 84 days in office at the resort, one would think this kind of thing would not escape his attention. He invited Chinese leader Xi Jinping there last weekend. The Herald reports inspectors gave the kitchen a passing grade after the staff addressed those 13 violations.

Will there be justice for church & Jewish center spraypainted with hate speech?