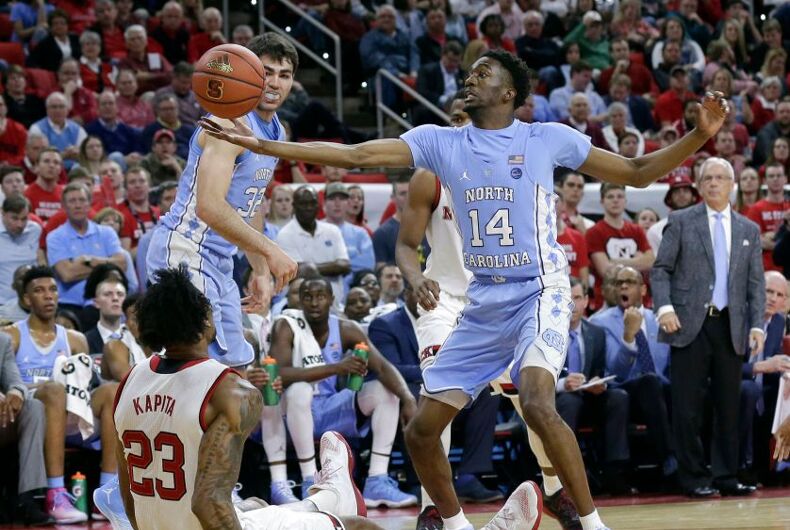 The ACC, as well as the NCAA and the NBA, boycotted the state over the anti-LGBTQ law House Bill 2 (HB2), only agreeing to return after it had been repealed.

Nevertheless, it was enough to convince all three organizations to return to the state. House Bill 728 puts the ACC on notice that Republicans in the state did not take the boycott well, in case that wasn’t already abundantly clear by the countless times they gnashed their teeth and took potshots at anyone steering clear.

“We’re taking this seriously and we’re not going to sit back idly and let them do whatever they want to North Carolina,” said Rep. Mark Brody, one of the bill’s sponsors, WCNC reports.

“This is a payback bill from people who supported House Bill 2,” Rep. Graig Meyer, a Democrat, said.

The bill passed its first reading and was referred on to the House Rules Committee on Tuesday.

Sporting News explains why this bill is just for show and will likely never come to pass:

The bill, HB728, prohibits the schools from extending grant of media rights to the ACC — which the conference has already extended into the 2030s — and requires them to put aside money gained from those rights to use in conference termination fees. The ACC divvied out $26.2 million per school from TV revenue in the 2014-15 fiscal year, more than any other conference beside the Southeastern Conference and Big Ten. Losing out on at least that much money on an annual basis should stop the bill in its tracks.

If it did somehow pass, the schools would be forced to join another conference, likely the AAC for N.C. State and either the SEC or the Big Ten for UNC.

Bishop’s message to us: ‘Christians will never ever’ accept you