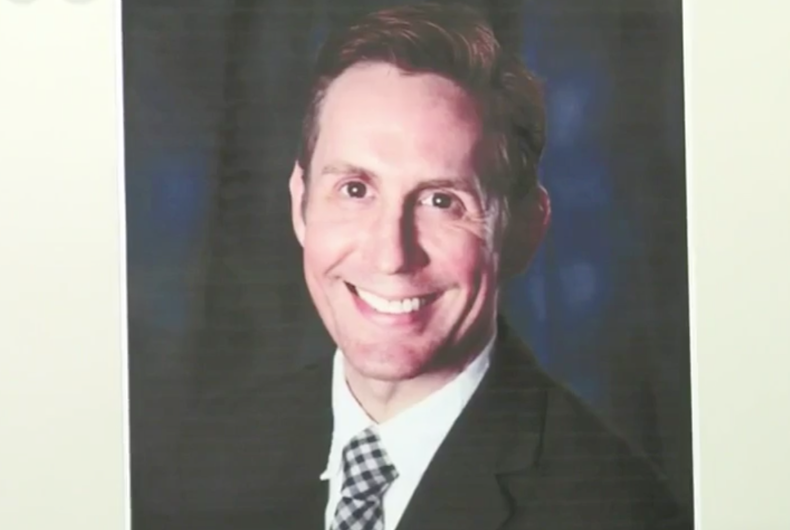 A Wisconsin man who survived a brutal Christmas Eve gay bashing six years ago was stabbed to death this week on his birthday.

Police have arrested a suspect in the Monday morning murder of 49-year-old Andrew Nesbitt, and said they have not ruled out the possibility that the killing was a hate crime, We Are Green Bay reports.

The suspect, 23 year-old Darrick Anderson, does not appear to have known the victim.

Nesbitt previously suffered a violent attack outside of then-gay bar P.J.’s in Oshkosh on Christmas Eve that sent him to the hospital for emergency brain surgery.

“He was celebrating with his friends, and two men had come into the bar, and whether they knew that they were in a gay bar or not is unknown,” Nesbitt’s friend Kathy Flores told We Are Green Bay, “but they left and not too long after [Nesbitt] went out to have a cigarette and they were waiting for him.”

Though that attack left Nesbitt with multiple broken bones, Flores said he maintained a positive attitude, always believing that love would win.

“I said, ‘I’m sorry there’s so much hate in the world,”  Flores recalled. “And he said, ‘Well, I can also attest to the fact that there’s more love than there is hate and so I believe that love will win.'”

While love couldn’t save Nesbitt’s life, Flores hopes his story can help save someone else’s.

ICYMI: What happened this week in just 3 minutes