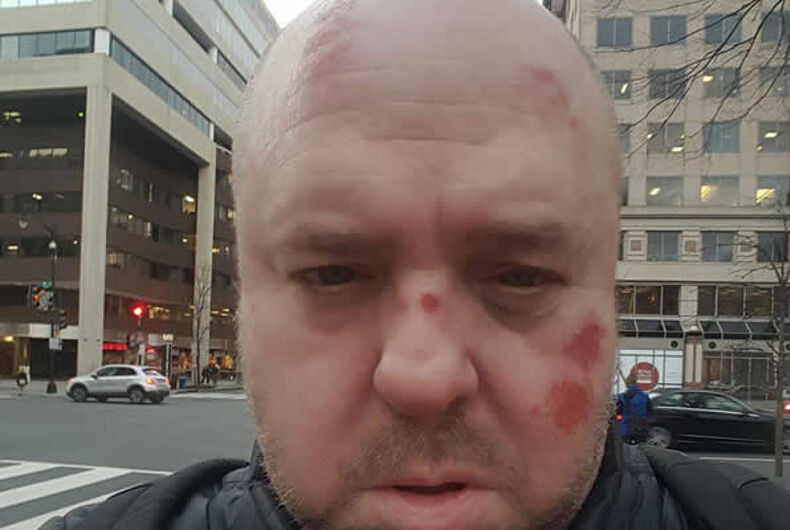 Kohler was walking his dog when four men punched him in the facePhoto: Facebook

D.C. police are investigating an attack on a gay man that the victim says was perpetrated by four supporters of Donald Trump last week.

The Washington Blade is reporting that after Robert Richard Brice Kohler posted on Facebook last week about being attacked, the D.C. Police LGBT Liaison Unit reached out Kohler.

The police report says that the attack occurred last week on Wednesday around 7PM, as the victim was walking his dog. Kohler was approached by four white men in their 20’s, two of them wearing “Make America Great Again” hats.

Kohler says one of the assailants then said, “Hey Snowflake! This is what a Trump America looks like, faggot,” before all four men started punching him in the face and head. He managed to escape and run home.

“I share this with you because I have grown so tired of hearing just how perfect and great Trump supporters are and have been,” Kohler posted on Facebook.

Police are looking for suspects in what they’re calling aggravated assault. The maximum penalty is ten years in prison.

Conservative Christian organizations are getting impatient with Trump