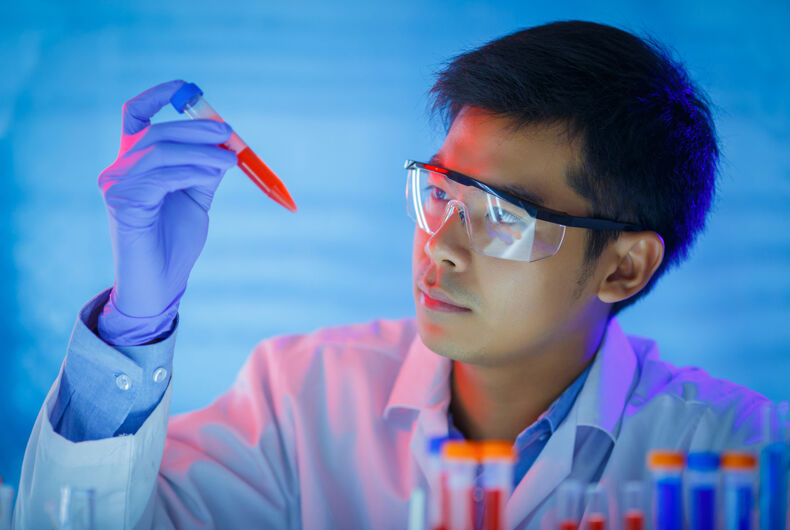 WASHINGTON (AP) — What goes on the chopping block: Research into cancer or Alzheimer’s? A Zika vaccine or a treatment for superbugs?

Health groups say President Donald Trump’s proposal to slash funds for the nation’s engine of biomedical research would be devastating for patients with all kinds of diseases — and for jobs.

“It is possible that the next cure for some cancer is sitting there waiting to be discovered, and it won’t get to the table,” said Dr. Georges Benjamin, executive director of the American Public Health Association.

In his budget blueprint Thursday, Trump called for cutting $5.8 billion from the National Institutes of Health. That’s a staggering 18 percent drop for the $32 billion agency that funds much of the nation’s research into what causes different diseases and what it will take to treat them.

It comes despite Trump recently telling Congress about the need to find “cures to the illnesses that have always plagued us.”

“All of us woke up this morning in a state of shock about this number,” said Dr. Blase Polite, a cancer specialist at the University of Chicago who chairs the American Society for Clinical Oncology’s government relations committee.

Trump’s proposal would roll back NIH’s 2018 budget to about what it was in 2003. The president called for a “major reorganization” of NIH to stress the “highest priority research,” but only specifically targeted for elimination the $69 million Fogarty International Center that focuses on global health and has played a big role in HIV research abroad.

Drops in deaths from cancer and heart disease, breakthroughs in genetics, and new ways to treat and prevent HIV and other infectious diseases all are credited to decades of NIH-funded basic research.

“Those treatments wouldn’t exist without NIH putting the money they put in 15 and 20 years ago,” Polite said. “What are we sacrificing in our future by making what we would consider a generation-level of cuts?”

The proposed cuts “threaten to undo the years of gains made in the fight against Alzheimer’s,” added George Vradenburg of the nonprofit UsAgainstAlzheimer’s.

But it’s far from clear if Congress will agree to the cuts. The NIH has long experienced bipartisan support among lawmakers, who awarded the agency an extra $2 billion in 2016.

Rep. Tom Cole, R-Okla., who chairs the House Appropriation subcommittee that oversees NIH, didn’t address NIH specifically, but said, “It will ultimately be Congress that makes the decisions about what will get cut and what will be increased.”

“A medical research breakthrough at the NIH saves not just one life but potentially millions of lives over generations,” said Rep. Rosa DeLauro of Connecticut, the ranking Democrat on that subcommittee. “I am hopeful that Congress rejects this budget and works in a bipartisan fashion to restore the funding levels for the NIH as we have done in the past.”

The first subcommittee hearing is scheduled for Tuesday.

As for jobs, 80 percent of the NIH’s money goes to about 3,000 universities and other scientific institutions.

The trickle-down effect: In 2015, NIH grants were credited with creating about 350,000 jobs around the country, said Karen Fisher of the Association of American Medical Colleges. They’re jobs that go beyond the white-coated scientists to include techs who help out in labs, even the factories that supply the test tubes.

That’s despite a decade of budgets that didn’t keep pace with inflation, forcing NIH to cut back from funding 1 in 3 research proposals to only about 1 in 6.

© 2017, Associated Press, All Rights Reserved.
This material may not be published, broadcast, rewritten, or redistributed.
Health and Wellness
HIV/AIDS