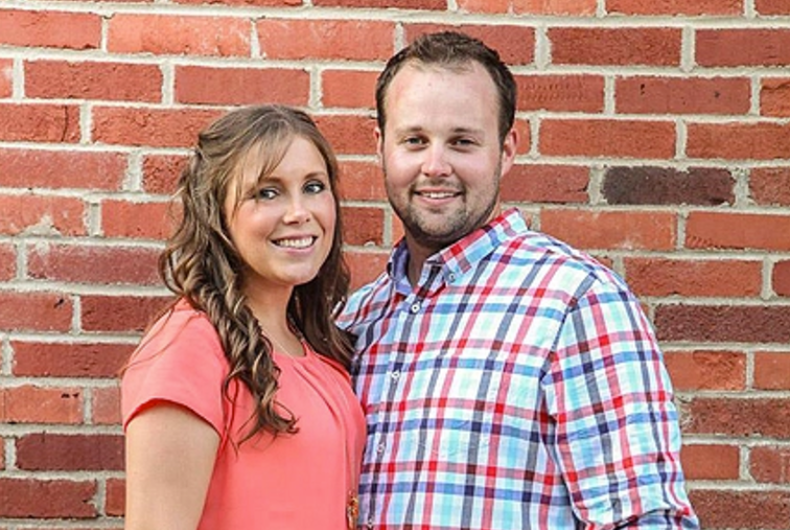 Anna and Josh Duggar are expecting their fifth child.Photo: Via Facebook

Yesterday, Josh Duggar — the eldest child of the 19 Kids and Counting Duggar family who admitted to molesting his own sisters as a teenager — announced that he and his long-suffering wife are expecting their fifth child.

“For nearly the last two years, we have quietly worked to save our marriage, focus on our children, and rebuild our lives together as a family. Doing so is never easy after a breach of trust. We’ve learned that a life of faith and rebuilding a life together is simply done one day at a time,” the message posted to the family’s website read. “As we continue our journey as a family and rebuild our lives, we are delighted to share with you that we are expecting a new baby boy later this year. Beauty comes from ashes and we cannot wait to see and kiss the face of this sweet new boy!”

When new of the molestations first broke, Anna told PEOPLE magazine that her husband confessed his “past teenage mistakes” before he proposed to her. She has said that she does not believe in divorce. The Duggars belong to the Quiverfull evangelical movement, which prohibits birth control and teaches that father is the ultimate authority in the home.

Josh, who had avoided facing charges for molesting five children as a teenager, committed himself to an in-patient, faith-based sex rehab facility for six-months, emerging in 2016 with the intention to reunite with his wife.

The proponent of “family values” has also been caught soliciting affairs on the Ashley Madison website (using someone else’s photo) and has been sued for abusing a woman he allegedly solicited sex from at a strip club.

Josh’s history of sexual abuse stands in stark contrast to his efforts to oppose LGBTQ equality. In 2014, the former executive director of Family Research Council’s FRC Action he led a successful campaign to defeat an LGBTQ nondiscrimination measure in Fayetteville, Ark., arguing that it jeopardized the safety of children.

Will Trump’s budget cuts to medical research stall a cure for HIV?