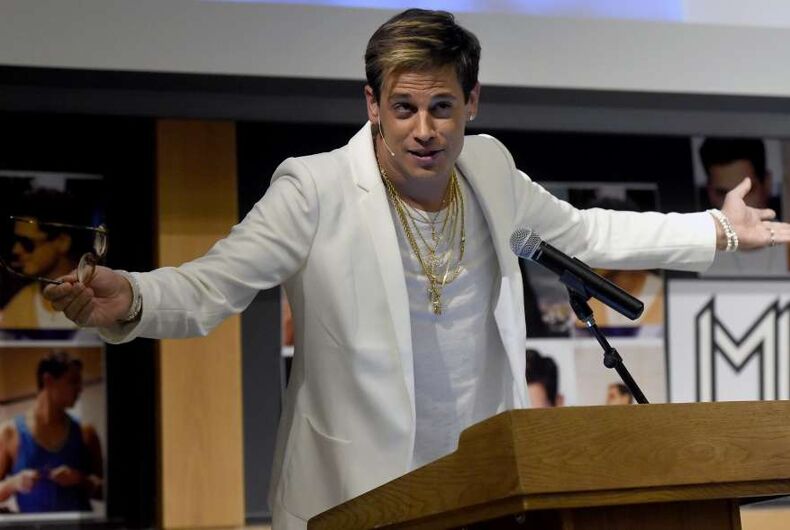 Milo Yiannopoulos was once, not so long ago, a senior editor at Breitbart with an upcoming book to be published by Simon & Schuster, for which he was to receive a quarter of a million dollars.

Now, all of that is gone, after he finally found something that could offend even his far right, sycophantic followers: making light of child sex abuse.

Related: The hero behind Milo Yiannopoulos’ downfall is a 16-year-old girl from Canada

As a result, Yiannopoulos’ time in the United States could be drawing to a close.

That is, unless he can continue to prove his so-called “extraordinary ability,” and an ongoing professional practice in his chosen field, as he is in the country on an O-1 visa, as he stated during his apology press conference where he announced his resignation from Breitbart.

“The O-1 nonimmigrant visa is for the individual who possesses extraordinary ability in the sciences, arts, education, business, or athletics, or who has a demonstrated record of extraordinary achievement in the motion picture or television industry and has been recognized nationally or internationally for those achievements,” the U.S. Citizenship and Immigration Services website reads.

It goes on to explain what that entails under the eligibility criteria section:

In other words, Yiannopoulos better get to work, and fast, proving he isn’t a washed-up has-been with no justifiable reason to stay in the country.

According to TMZ, he needs someone to sponsor him within 60 days of his quitting Breitbart in order to stay put, but he isn’t worried because those behind his new media venture, details of which have yet to be announced, have agreed to file the necessary paperwork.

Yiannopoulos shared the article on his Facebook page, writing, “Over the next few weeks I’ll be announcing my new publisher, my new tour, my new media venture, news about the Privilege Grant and a number of other new projects I’ve been planning for 2017.”

The Privilege Grant is a scholarship for white men, for which he has been criticized not only due to the concept but because the money raised has yet to be paid out to anyone.

It looks like he isn’t going away anytime soon, but the extent to which he can get people to support his endeavors remains to be seen.

Be prepared: LGBTQ people at twice the risk for smoking dangers