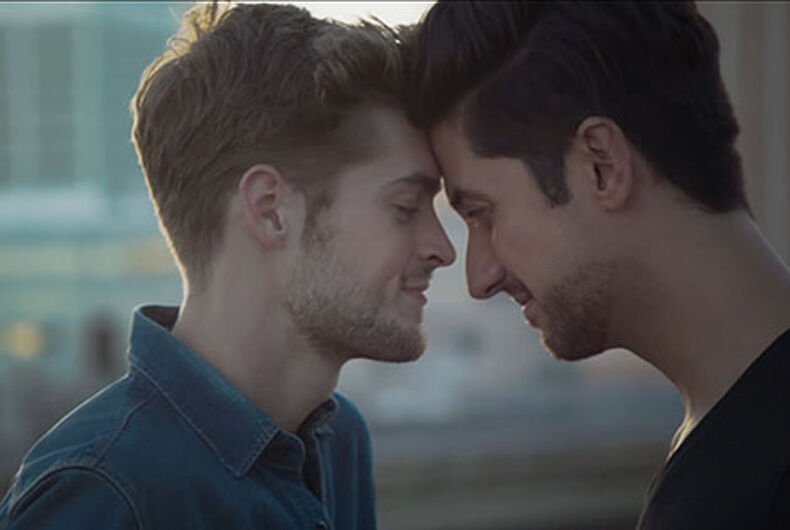 Volvo, the car company that has built a reputation for safety over its 90-year-history is taking a risk that may pay enormous dividends: including a same-sex couple in its latest car commercial.

The redesigned XC60 compact SUV isn’t the star of this new ad; active, happy people, the bright lights of city skylines and green, rolling hills are featured most prominently. And for a brief moment — literally, just one second of screen time, so don’t blink — a man and his boyfriend (or perhaps husband) share a quiet moment that conveys love, contentment, and the embrace of equality.

This is not your typical ad, as NewNowNext reported.

Volvo is so famous for its boxy vehicles that it was spoofed in the 1990 comedy, “Crazy People” starring the late Dudley Moore as a frustrated advertising writer.

But this isn’t Volvo’s only foray into inclusion. the North American division has launched its first ad campaign targeting LGBTQ consumers, reported AdWeek.

The new ads feature two men, accompanied by the tagline: “Lust and logic: Don’t they make a lovely couple?”

And Volvo is hardly alone. A drag queen was featured in a Ford Australia ad for its Focus and Nissan promoted its Sentra with a same-sex couple with kids (but only in Israel).

But so far, Volvo leads the pack in the U.S., with no LGBTQ-inclusive ads from Detroit on the horizon.