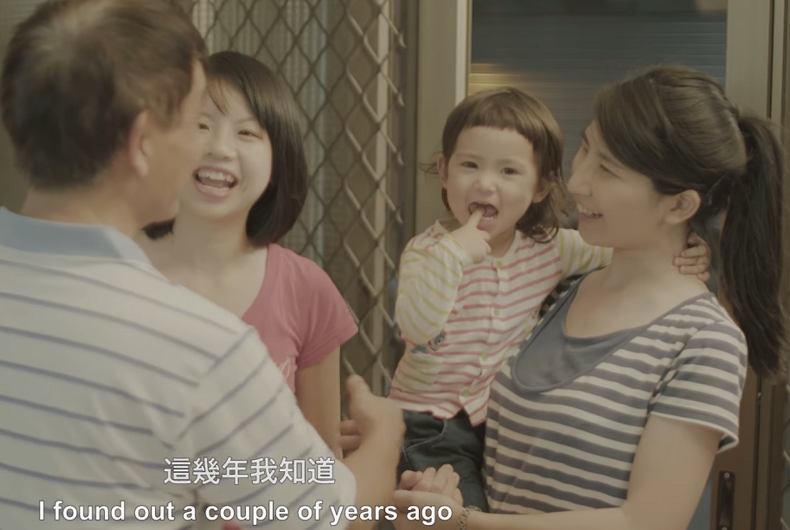 A video about a man accepting his lesbian daughter has gone viral as Taiwan’s high court considers a same-sex marriage case.

The video, produced by Home Is Love, a Taiwanese gay rights organization, follows the story of a man accepting his daughter as gay.

Last week, the top court in Taiwan heard a constitutional challenge to the country’s ban on same-sex marriage. The court could decide that the statutory definition of marriage as between one man and one woman is unconstitutional and force the parliament to allow same-sex couples to marry. This is the first time the court has addressed this issue.