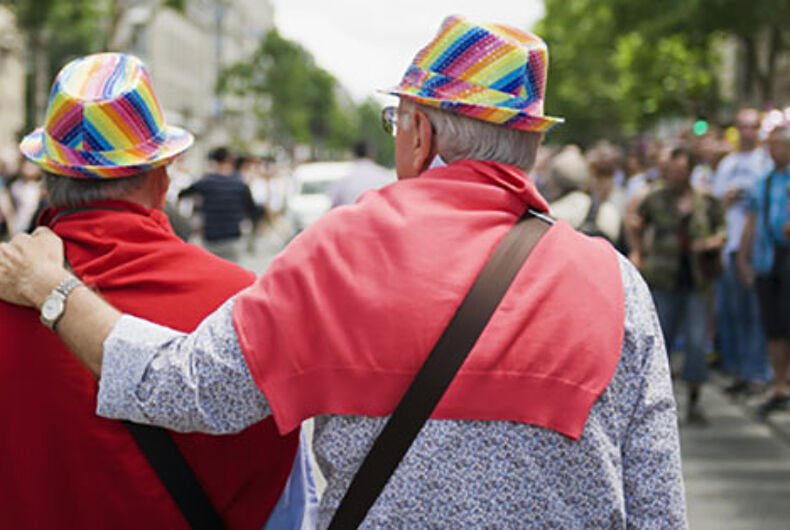 When the Trump administration looked to make changes in an annual survey of older Americans, advocates say officials decided to make only one: To eliminate questions aimed at lesbian, gay, bisexual, and transgender seniors.

“Caring about our LGBT elders means making sure they have access to publicly-funded senior services, which can be literally life-saving,” said Michael Adams, Chief Executive Officer of SAGE, in a statement.

“I fear that this action could have a chilling effect on our community,” Lujira Cooper, 70, told SAGE in a quote for its release.

It will force people to hide. To be ashamed. To be fearful. You will have people going back into the closet.  If we’re not being counted, we become invisible and can’t get the services we need.  I work hard to survive and I deserve to live with some dignity and respect.

And Adams said the risk of allowing this change to stand is to erase community elders now and forever.

Now, it appears that the Trump Administration wants to make believe LGBT older people don’t exist, by erasing them from this critically important survey. We insist that this decision be reversed and that the federal government commit to serving all elders in need, including those who are LGBT.

The Federal Register advises those who wish to submit comments to do so must write or email by May 12.

The email address is [email protected] and snail mail should be sent to Heather Menne, U.S. Department of Health and Human Services: Administration for Community Living, Washington, DC 20201.