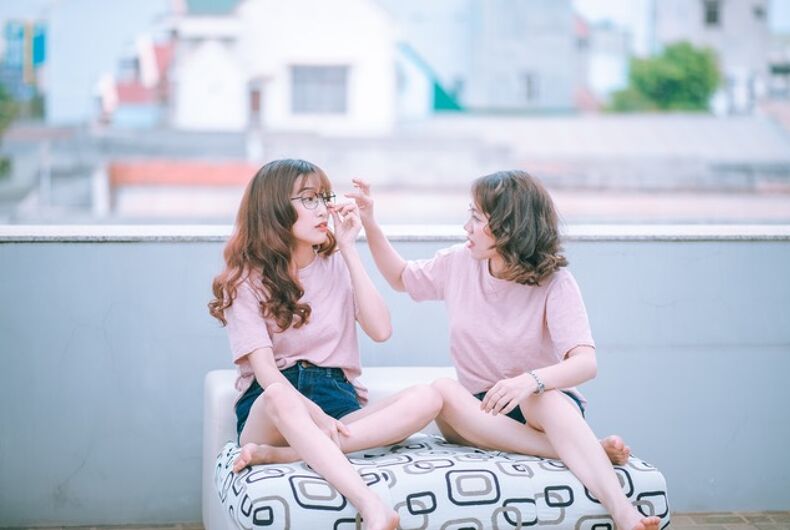 Almost half of New York City’s sexually active high school girls have had female partners, according to a new study.

Researchers from New York University and the Albert Einstein College of Medicine conducted a survey, carried out in 2013, which focused on public high school students, predominantly in “high-risk neighborhoods” like the Bronx, Brooklyn, and Manhattan, reports International Business Times.

Out of the 4,600 girls questioned, 46.6 percent reported having same-sex relationships. The results will be published later this month in the Journal of Pediatric and Adolescent Gynaecology.

The study also found that girls who had experienced a same-sex relationship in the past were more likely to be sexually active, start having sex earlier, have more sexual partners, and be the victims of intimate partner violence than their heterosexual counterparts.

Lesbian and bisexual girls are often stigmatized and treated with hostility, said Greytak.

“That can lead to more risky behavior, and takes a toll on their health,” she said.

However, it is important to note that not all who engage in same-sex relationships identify as bisexual or lesbian, especially at that age, notes Dr. Chanelle Coble, of NYU Langone Medical Center, who co-authored the study with the Albert Einstein College.

“Just looking at how someone describes themselves doesn’t tell the whole story,” Coble said. “When they’re young, it’s harder for them to be specific about their identity – they’re still exploring and figuring it out.”

Is the Trump Administration erasing our elders by refusing to count them?