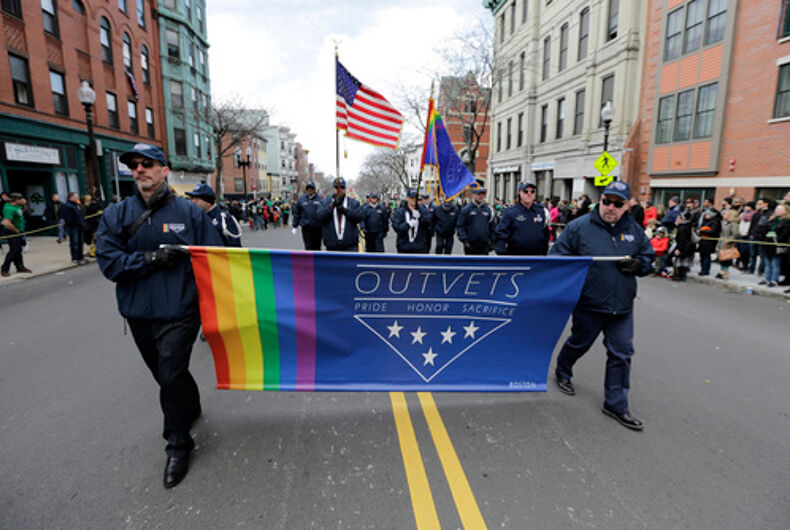 FILE - In this March 20, 2016 file photo, members of OutVets, a group of gay military veterans, march in the annual St. Patrick's Day Parade in Boston's South Boston neighborhood. The group said Wednesday, March 8, 2017, it was denied permission to march in the 2017 Boston St. Patrick's Day parade just two years after organizers made the ground-breaking decision to allow gay groups to participate for the first time. Photo: (AP Photo/Steven Senne, File)

BOSTON (AP) — The organizers of Boston’s St. Patrick’s Day parade have scheduled an emergency meeting to reconsider their vote to bar a gay veterans group from participating.

Ed Flynn, a member of the South Boston Allied War Veterans Council, which organizes the parade scheduled for March 19, says the emergency meeting will take place Friday. Flynn voted to allow Outvets in.

Members of the council and OutVets met Wednesday but could not resolve the impasse.

OutVets was first allowed to participate in the parade in 2015. OutVets founder Bryan Bishop says he was told the group was barred this year because they broke parade rules by carrying a rainbow banner, which the council considers a symbol of gay sexuality.

Man sentenced for running extortion operation from behind prison bars