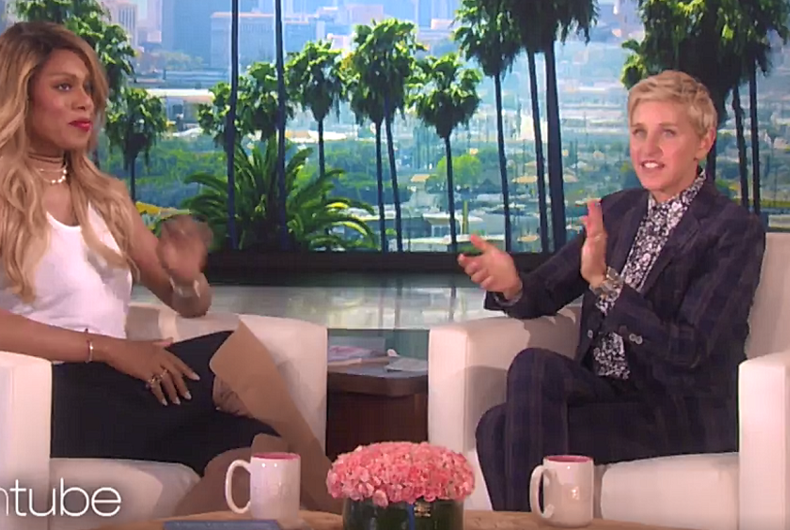 For International Women’s Day, Ellen honored women who have appeared on her show, including Laverne Cox.

The video is below, and it shows many strong women who Ellen admires who have appeared on her show, including Elizabeth Warren, Judge Judy, and Jennifer Aniston. She also included a moment with Laverne Cox where she talked about being the first transgender person on the cover of Time magazine.

“Women have more to think about than makeup and handbags. We’re busy running companies, and raising families, and trying to become the next president of the United States,” Ellen says in the video.

She also included a clip from Hillary Clinton saying, “Don’t get discouraged. Don’t give in. Don’t give up. Don’t quit.”

These women inspire me. I hope they inspire you, too. #InternationalWomensDay #IWD2017 pic.twitter.com/Jp9kN771yn