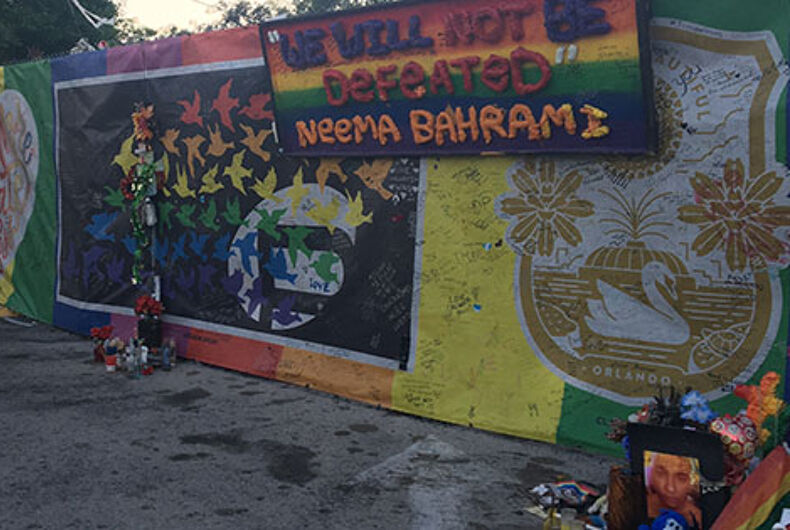 The mayors of Orlando and Orange County have doubled-down on a statement regarding the Pulse shooting in which they omitted any mention of LGBTQ people.

The controversy stems from the recent announcement of “Orlando United Day,” an event to commemorate the worst mass shooting in American history. Although the shooting occurred at a nightclub serving the queer community, the joint announcement from Orlando Mayor Buddy Dyer and Orange Mayor Teresa Jacobs made no mention of LGBTQ people.

They were called out for their omission by city Commissioner Patty Sheehan, who said, “If you’re going to be inclusive, you have to talk about everyone who was impacted. That’s not happening.”

Failing to mention that the shooting targeted queer and Latino people is nothing new. Immediately after the shooting, many politicians portrayed Pulse as a nightclub that simply served a general population, ignoring the fact that the massacre impacted two particularly vulnerable minority groups.

Dyer and Jacobs both issued follow-up responses that did little to address the omission. In Dyer’s statement, he once again avoided mentioning queer people: “Our commitment to those who were directly impacted by the loss of loved ones, those who survived the attack, those who were there that night and every single person who felt the pain and loss of this tragedy is unwavering.”

Jacob’s response was even worse, expressing only conditional regret and using the word “if” multiple times to shift blame onto those who were offended.

“If in the absence of specific mention of our cherished LGBTQ and Hispanic populations in the video announcement for the Orlando United Day yesterday, the message was construed as insensitive or dismissive, I would certainly like to underscore that in no way was that the intention,” she wrote. “I regret if anyone experienced that reaction.”

Also jarring was the use of the word “anniversary” to refer to the shootings. “The word ‘anniversary’ … is very hurtful to the families,” said Sheehan. “It’s not an anniversary, it’s a day of remembrance.”

The mayors’ slight echoed remarks by Gov. Rick Scott, who was denounced by Equality Florida and other advocates for excluding LGBTQ and Latinix people in his annual state of the state address earlier this year.

Orlando United Day will be held on June 12 from 10am to midnight at various locations around Florida. There will be events at the Orange County Regional History Center, Lake Eola Park Amphitheater, and at Pulse itself, which has become a makeshift memorial with collections of handmade tributes.

Sheehan also accused the city of neglecting to inform survivors and families of plans for the day of remembrance, but the city claims to have reached out to as many people as it was able.