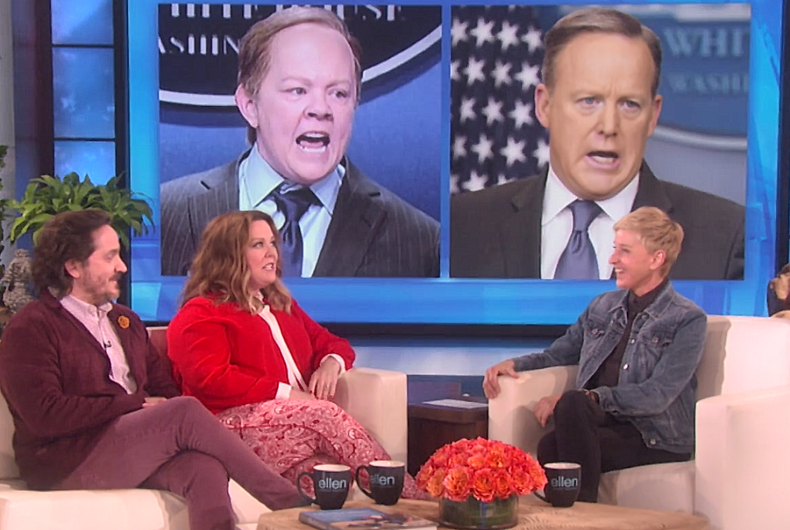 McCarthy recounted the story of how she was contacted by an SNL writer and what it meant to know that she kind of looks like Sean Spicer.

She also talked about the prosthetics used to get her to look more like Spicer.

McCarthy’s husband Ben Falcone was also on the show, and Ellen wanted to know if he thought seeing his wife dressed as Spicer was “sexy” for him.