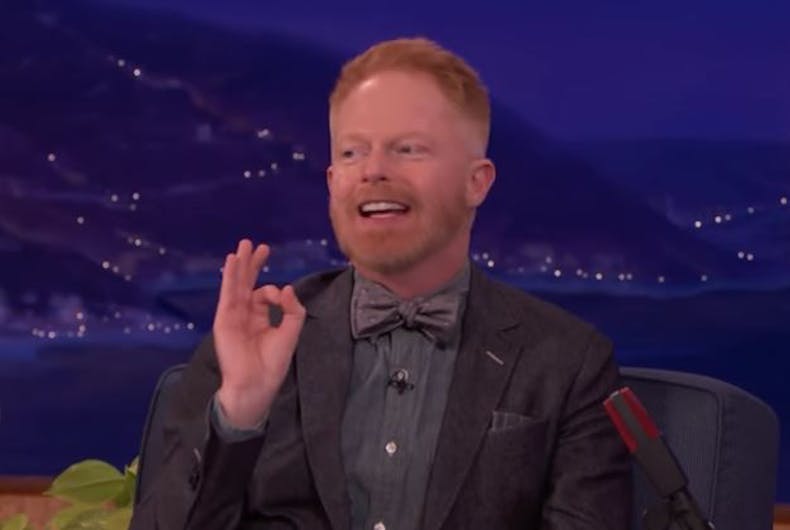 Sometimes the best answers are the simplest.

Jesse Tyler Ferguson appeared on Conan this week and addressed the controversy surrounding the inclusion of a gay character, played by Josh Gad, in Disney’s Beauty and the Beast.

The movie has already been banned from both an Alabama drive-in and is off-limits to anyone under 16 in Russia, and Ferguson has the perfect response to parents worried that seeing a gay character onscreen might queer their children.

“I have seen a million heterosexual movies and never for a moment did I think for a split second (I might be straight),” the Modern Family actor said he told his friend Gad.

Gad told People magazine that the moment in the film that indicates his character’s orientation, namely, dancing with another man, is “subtle but incredibly effective.”

Watch the Ferguson speak on the topic in the video clip below.