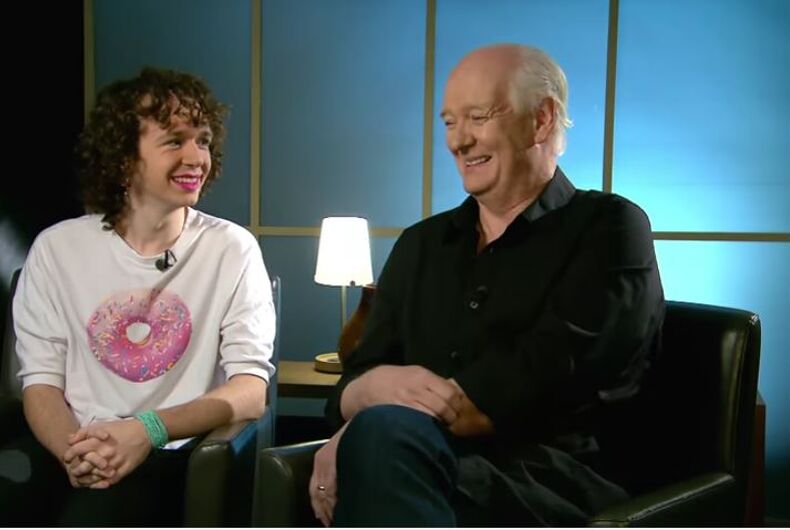 Colin Mochrie is a familiar face to improv comedy fans. The Canadian actor and comedian having starred in both the British and American versions of the show Whose Line Is It Anyway? He is a genius at adapting, staying in the moment, and accepting what is going on around him, all on display in his hilarious scenes on the show.

These skills aren’t only useful in eliciting laughter from an audience, as he explains in a joint interview for The National with his transgender daughter, Kinley.

He says that the “Yes, and” technique in improv, which encourages supporting what is occurring in the scene and adding to it, helped he and his wife accept and rally around Kinley when she came out as transgender.

“We’ve started saying yes — within limits — and it’s taken us to these amazing places and amazing people. So I do think improv actually did help with this,” he says.

“You accept what someone has given you and you build on that.”

He shared that support, as well as the support Kinley was receiving from her grandmothers on both sides, on Twitter.

It received a lot of attention, so much so that it took them by surprise.

My 90-yr-old mother-in-law and 87-yr-old mother love and acceptance of our trans daughter warms me. Wonder why some who are younger can't.

The negative is that my mom refers to the community as BLT. It's a learning curve.

“I think we were both idiotic, in a way,” the comedian says of putting the tweet out there without expecting a big response. He is, after all, followed by over 320,000 people on the platform.

“I didn’t really think of the full ramifications. I just thought ‘I’m just putting this positive thing out there,” he says.

Most of the response was positive, although there were the occasional trolls and those who simply aren’t well educated on the topic.

“The ones that I felt were coming from a place of ignorance, I tried to say, ‘Educate yourself about this, it’s just something alien to you. But learn about it, and maybe have some empathy towards what this person and thousands of people around the world are going through,'” Mochrie says.

He says his first reaction to finding out was, “God, let her be safe.” He also admits it was difficult at first.

“You go through this thing ‘now my child has changed gender, does that mean that previous child is now gone?'” he says, but adds that he soon came to understand “it’s the exact same kid” with a “different coat on.”

“It took some time but I knew that support and acceptance was on the other side,” she says of her parents’ reaction to announcing she was trans. “I was not worried for a second.”

Was this Texas lawmaker caught on tape calling a transgender man a ‘pervert’?

Snowed in? This company is offering free help to folks who ‘want to get plowed’