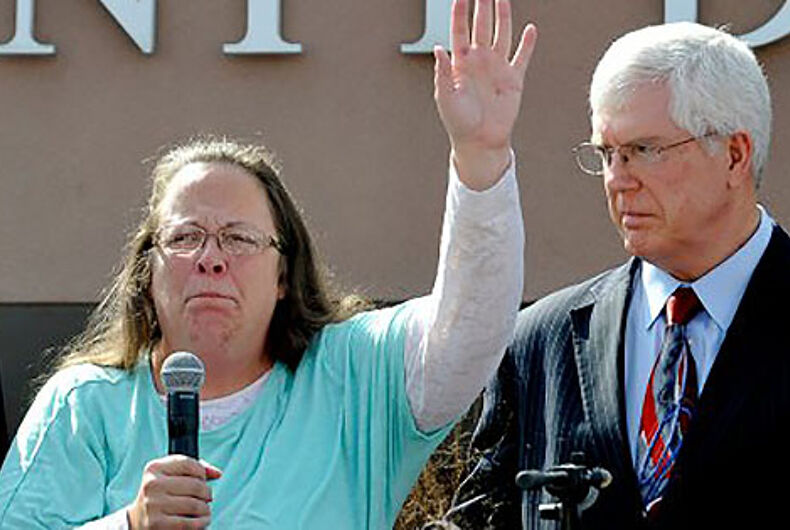 Rightwing websites are discussing audio obtained and obviously edited by Liberty Counsel, which is a fierce, Florida-based Christian law firm and advocacy group that advocates gay conversion therapy for children. In the recording, the principal of the school explains why the GSA that was just founded there isn’t organizing community events.

There are some mistakes in the audio that sound like they are the result of the editing process. Liberty Counsel has not said how they obtained this audio.

No matter how they got it, though, it’s rather anodyne. Rightwing sites have called this a “secret gay club” to “recruit” students against their parents’ will. If the GSA was hosting community events and generally making its presence known, rightwingers would undoubtedly be accusing them of shoving homosexuality down everyone’s throats.

Liberty Counsel has also sent a sternly-worded letter to the school telling them that the GSA is illegal. The letter attempts to define the club as “political” in nature and compares it to a group like the Young Republicans, because, it argues, teachers can’t participate in political clubs.

Liberty Counsel also chides the school for not outing the kids to their parents.

The three-page letter mentions “parent’s rights” to “control” their children several times, because rightwingers believe that the power of certain people to control others should be absolute. Powerful people having unfettered control over others is basically the right’s definition of “freedom.”

It’s telling, though, that the well-being of the children doesn’t come up in the letter at all. LGBTQ youth are at risk for multiple reasons, one of the biggest being that they know that they can face violence if they don’t constantly police their own behavior, and they’re forced to take this burden alone and in silence. GSAs can alleviate some of this stress and anxiety.

Liberty Counsel uses a lot of complicated language to make their intentions seem philosophical in nature, but the story here is one of a homophobic organization trying to harm LGBTQ people.

To cover Trump and his post-fact fiefdom, reporters need to do this