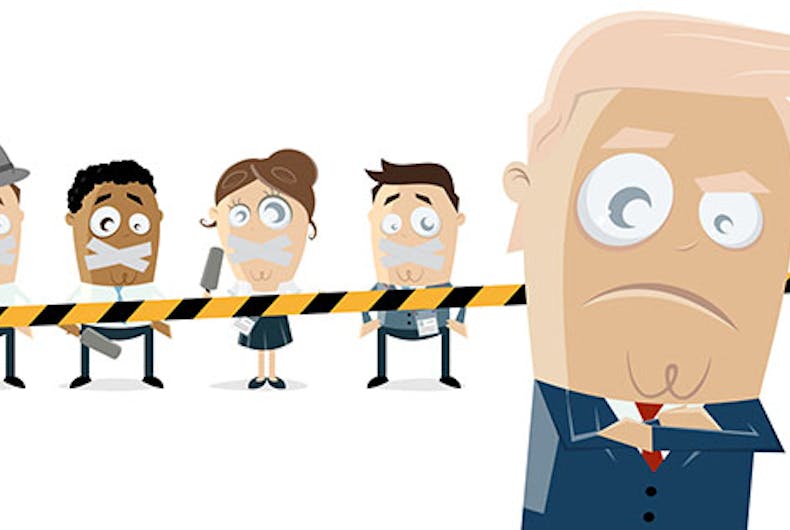 “We must, indeed, all hang together or, most assuredly, we shall all hang separately.” — Benjamin Franklin

Appearing on the MSNBC Morning Joe program Tuesday March 21, White House correspondent for the political center-right Independent Journal Review, Erin McPike, explained why she was chosen as the only reporter allowed to travel with Secretary of State Rex Tillerson aboard his plane on his recent visit to Asia.

McPike described how she contacted the State Department on several occasions for an interview with the Secretary of State with little results. Following publication of her article concerning Tillerson’s daily access to the President, Tillerson consented to grant McPike an interview during his Asia trip.

Associated Press White House correspondent Julie Page interrogated McPike about the ethics of her decision to accept Tillerson’s invitation when all other members of the press pool were barred.

Page asked, “Why not do the right thing for everyone and not just your news outlet? Do you think it hurts the case for press access going forward now that they [the Trump administration] know that at least one news organization will take this special access and not stand with the rest of the press corps?”

“Well Julie,” retorted McPike, “I don’t know if that’s fair. I mean, if you had the opportunity to get the first interview with the Secretary of State, don’t you think you would have taken it?”

“Absolutely,” Page quipped,” but not if it’s on a plane at the exclusion of other reporters…. There’s a difference between an interview and then the traveling press corps that sees the ins and outs of what the Secretary of State is doing, to know who he’s meeting with, to know what he’s doing.”

In her interview, McPike asked Tillerson if he would permit a larger press pool to accompany him in the future. According to Tillerson:

“I’m not a big media press access person. I personally don’t need it. Doing daily availability,” he added, “I don’t have this appetite or hunger to be that, have a lot of things, have a lot of quotes in the paper or be more visible with the media.”

Seated in studio next to Page, former Republican National Committee Chair, Michael Steele (2009-2011) made the insightful observation that he was witnessing in the exchange between these two reporters a rather successful and possibly intentional strategy of the Trump White House in creating tensions and imposing a wedge to separate and split the media.

Throughout his campaign to the present day, Donald Trump has energized his base of supporters by consistently blaming and attacking the media generally as well as specific outlets. A very brief sampling includes:

“[Journalists are] among the most dishonest human beings on earth.” He continually calls them “liars” whenever they write stories unflattering to him and his administration.

“The failing New York Times wrote a big, long front-page story yesterday. And it was very much discredited, as you know.”

Trump continues to describe The New York Times as “failing” even though subscriptions for this newspaper of record rose by 2.5 million alone since the November 2016 election.

Man couldn’t order drinks because of his Trump hat, his ‘saddest hour’