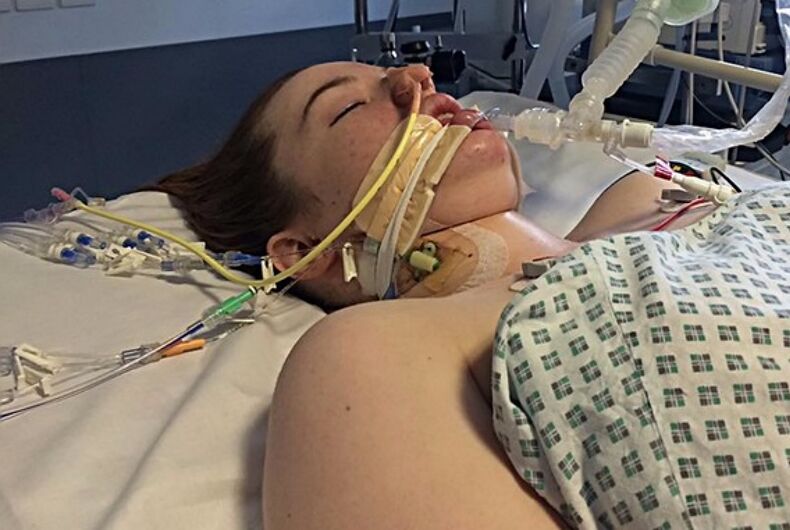 The father of a teenager who committed suicide after being bullied for her sexuality released a photo of her on a ventilator to raise awareness.

Julia Derbyshire told a friend that she might be gay when she was 12-years-old, and that friend told the whole school. That disclosure led to two years of bullying at her Missouri school.

According to Julia’s father Adrian Derbyshire, “She was spat on, there was name calling. It was physical as well as psychological. It escalated and Julia started self-harming to cope with the bullies.”

She moved to her father’s house in the United Kingdom at age 14 and started attending school there. However, she was still receiving messages from bullies in the United States.

Her father told iTV that Julia wanted those people to “like her for who she was.”

Adrian found his daughter on the floor in their home late in 2015 and took her to the hospital. She died several days later.

He released a photo of her on a ventilator in a hospital last week on what would have been her 18th birthday.

“No parent, family or friend should ever go through the devastation and loss I have – we all have,” Adrian said.

He also found out that Julia had a secret phone and was a member of online communities that discuss self-harm.

“There are kids who are getting bullied and they are sitting next to their parents at the dinner table with the iPad and being bullied.”