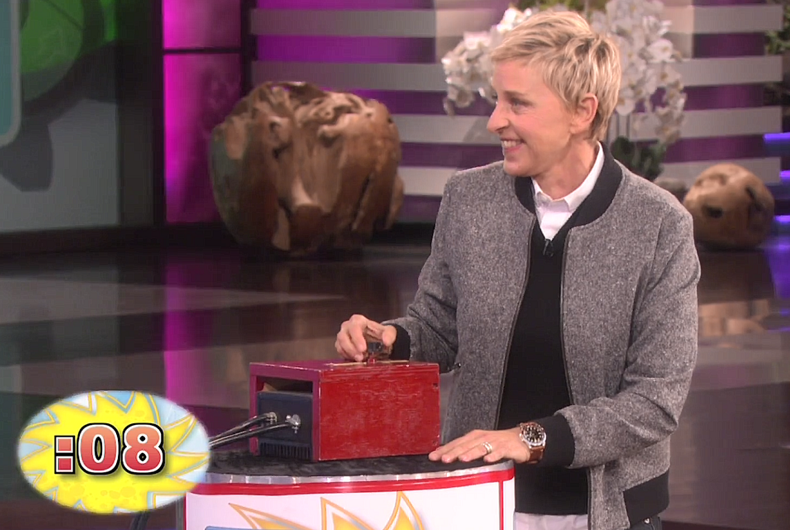 Good news for anyone who can’t watch Ellen’s daytime talk show: Variety is reporting that NBC has ordered six episodes of a prime time game show hosted by Ellen.

The game show, entitled Ellen’s Game of Games, will draw from silly segments from The Ellen Degeneres Show, like “Know or Go?” and “What’s in the Box?”

Ellen said, “I’m so excited to be hosting a huge primetime game show for NBC. We’re pulling out all the stops — gigantic sets, hilarious games. It’s going to be like a combination of American Ninja Warrior, RuPaul’s Drag Race, and a water park. OK, it’s nothing like that, but you should still watch.”

“Ellen’s impact as a daytime icon is unprecedented and we can’t wait to see her bring that amazing spirit to Game of Games,” NBC executive Paul Telegdy told Variety.

According to Vogue, the game show will involve Ellen picking studio audience members and having them perform stunts and answer trivia questions.

NBC has not announced when the show will debut.

To get an idea of what the show will be like, here’s Ellen hosting a game of “Sorry Spin.”

Documentary explores drag scene in city of the U.S. heartland

Offices of LGBTQ organizations nationwide are being vandalized