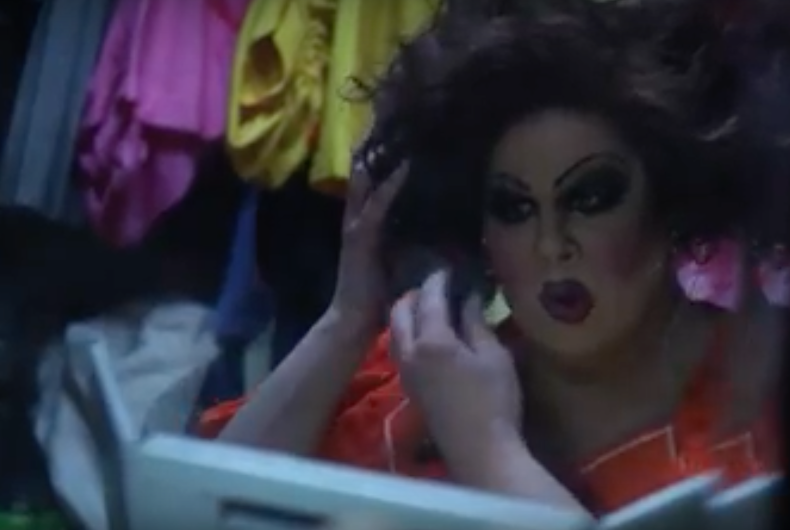 COLUMBUS, Ohio (AP) — Filmmaker Gabrielle Burton says she didn’t plan for her documentary about the drag scene in Ohio’s capital city to achieve wider distribution at a time of political and cultural division.

But becoming comfortable with complex subjects is something everyone needs at the moment, Burton says.

“Queens, Kings, & In-Betweens” had screenings in Columbus and New York last Friday and becomes available on iTunes, Amazon and some cable providers next week.

The film profiles eight drag performers and their companies in Columbus, which has long had a reputation as a gay-friendly town, including one of the country’s biggest Pride festivals.

“If it exists here, you know that it’s going to be present everywhere,” Burton said.

The film hadn’t been released yet when the U.S. Supreme Court in 2015 legalized gay marriage in all 50 states. Last year, President Barack Obama instructed public schools to allow transgender students to use bathrooms and locker rooms that correspond to their gender identity. These developments led Burton to joke that her film might become obsolete.

Then, President Donald Trump’s election raised concerns in the LGBT community that some civil rights could be rolled back.

Trump rescinded Obama’s transgender bathroom order last month. That resulted in a mixed message, since in January the White House released a statement declaring Trump would enforce an Obama administration order barring workplace discrimination on the basis of sexual identity.

Elsewhere, efforts have stalled in North Carolina to repeal that state’s “bathroom bill,” which requires transgender people to use restrooms in public buildings that correspond to the sex on their birth certificates.

Some states are considering so-called “religious exemption” laws that would allow some businesses and civil servants to refuse services to LGBT people if their decisions were deemed to be based on religious belief.

In Ohio, a committee in the GOP-controlled House is weighing a bill that would protect ministers who refuse to perform gay weddings.

Everything going on now “kind of shows even more how much engagement the film can do and how important that is,” Burton said.

One of the people featured in the movie, Andrew Levitt, started performing in drag after graduating from Denison University in central Ohio.

Today, under the stage name Nina West, Levitt does shows in Columbus and elsewhere four to five days a week, on top of a day job in social media marketing.

Levitt, 38, who is gay, says he aims to be both entertaining and to serve an LGBT activist when he’s onstage.

“My role is really to be both an escape, and a voice,” Levitt said.

Burton runs “Five Sisters Productions” with her four real-life sisters. The company has made other documentaries and feature films, including 2002’s Manna from Heaven with Shirley Jones and Cloris Leachman. An unproduced screenplay, “The Sky’s The Limit,” focuses on the 13 women tested to be astronauts in 1961.

Burton says her goal is telling stories that give people hope for change but are also entertaining. She lives in suburban Delaware near Columbus with her husband and two children.

“These movies each have a sense of, ‘That people are good people and the world can be a good place,'” Burton said.

Watch the trailer for King, Queens and In-Betweens below.

© 2017, Associated Press, All Rights Reserved.
This material may not be published, broadcast, rewritten, or redistributed.
Life
documentary, Drag, Drag Queens

Is Christian-run hospital forcing this 5-year-old transgender girl to be a boy?

Ellen will host a new game show on NBC