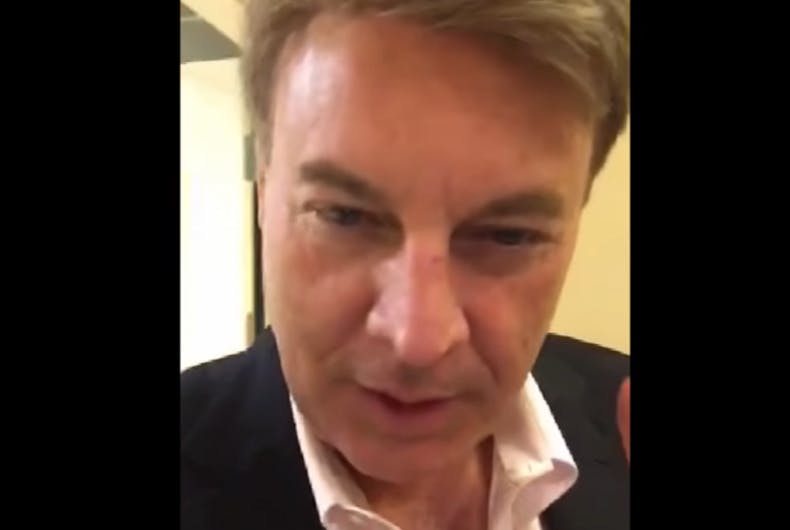 A conservative Christian pastor claims that a group of prostitutes prayed over a cake and used it to turn a bar owner from gay to straight.

In a streaming video session captured by Right Wing Watch, pastor Lance Wallnau got a message from a woman who said she wanted to turn her son straight. Wallnau started telling a strange story about a cake that he prefaced with “I’m not saying this is going to work for you.”

Wallnau’s story is about a group of “hookers” who got “saved” by a fellow patron. They used to hang out at a bar whose owner was gay and “very adamantly anti-Christian.”

The sex workers baked a cake and prayed over it, making what Wallnau called “an anointed cake.” When the bar owner ate the cake, “the power of God hit him.” He got baptized and “delivered,” and Wallnau implies that there was a “spirit” that was inhabiting the bar owner’s body that left him when he got baptized.

Wallnau’s story might be a strange example of the belief that gay people can become straight, but he’s far from alone in his belief. A 2012 Pew Research Center poll found that 36% of Americans believe that gay people could change their sexual orientation.

Man couldn’t order drinks because of his Trump hat, his ‘saddest hour’