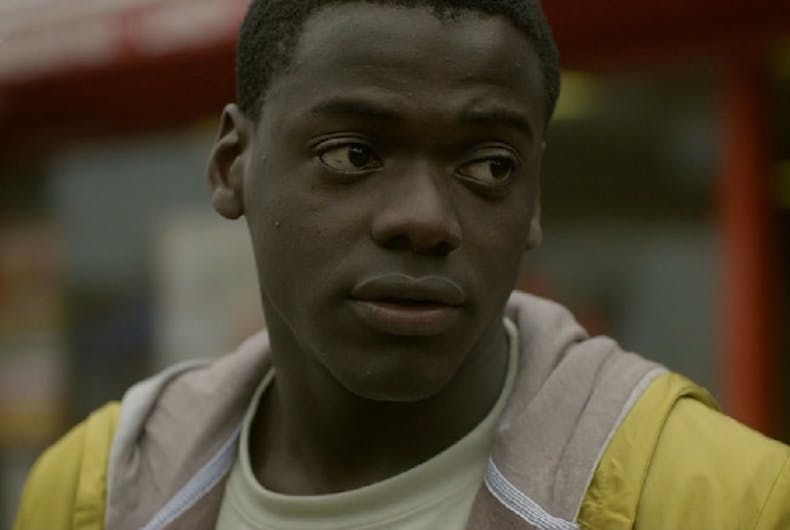 This year’s Oscars were the most diverse in history. With six nominations for six African-American themed films and at least 10 black actors and filmmakers, the Academy of Motion Picture Arts and Sciences may be putting the #OscarsSoWhite controversy in its rear-view mirror.

But, even so, we shouldn’t get complacent about how black actors are treated in Hollywood. There is another problem brewing in the entertainment industry — an unwelcome competition between black Brits and African Americans for movie roles.

This issue scratches below the superficial veneer of diversity and is an eerie reminder of how minority groups are often pitted against one another. There are differences within diversity that perhaps many writers and producers have unintentionally missed, but African American actor Samuel L. Jackson now wants them to pay attention. The veteran actor has made a point to call out the Hollywood system for overlooking African American actors and casting black British actors instead. It’s “another form of the industry discrimination [African-Americans] face on a regular basis.”

“We can’t tell our own stories?” Jackson asked during an interview with a New York radio station. “I tend to wonder what that movie would have been with an American brother who really feels that.”

Jackson’s not wrong. Take, for example, the recent blockbuster hit Get Out, a satirical horror film about racism in liberal suburban America. Black British star Daniel Kaluuya was cast as the lead actor, igniting a debate about the trend many African Americans — actors and non-actors alike — find troubling.

African-born actor Abraham Amkpa, who has appeared in NCIS and The People v. O.J. Simpson agrees with Jackson. “There’s a very different shade of racism that exists in America,” said Amkpa. “If it was an African American actor, I think it would’ve translated a bit more on the screen.”

And it’s that shade of American racism that African American viewers feel Hollywood wants to either sanitize or avoid completely. When directors and producers cast black British actors to fill what is perceived as a “diversity quota” without acknowledging how the two African diaspora ethnic groups experience racism, it’s both insensitive and dismissive to still thorny issues like slavery.

For example, was there a politically correct way for Quentin Tarantino to portray American slavery in Django Unchained? The movie depicts a slave-turned-bounty hunter played by Jamie Foxx who fearlessly treks across the U.S. to find his wife played by Kerry Washington in order to rescue her from a brutal Mississippi plantation owner played by Leonardo DiCaprio.

The film — an homage to the spaghetti Western with romance and revenge narrative — is classic Tarantino. Tarantino set the story in the most unlikely of places — America’s Deep South before the Civil War in 1858.

It is Tarantino’s playfulness set in the troubling historical environment that is still unsettling for many Americans today. Leave it to Tarantino to challenge ourselves on whether there is a right way to depict American slavery.

While some will contest that Tarantino is just being Tarantino, others argue that his privilege as a well-respected moneymaking white heterosexual male filmmaker gives him carte blanche to recklessly express his creative juices even if it promotes stereotypes that many feel Django does.

But Tarantino answered his critics by stating his objective in making Django was to start a conversation about slavery because America won’t. Similarly, the film Get Out wants Americans to talk about race. Producer Jordon Peele of the sketch comedy show Key & Peele is African American. And, unlike Tarantino, many African Americans feel he knows that all blacks are not alike and black Brits and African Americans come to these thorny topics like racism and slavery and police brutality from two totally different lived experiences.

Why is this important? Black Brits portraying the African American experience embody their role as an artistic interpretation. African Americans actors must portray, as part and parcel of a “politic respectability,” a historical narrative with little to no poetic license. And, without poetic license, creativity is stymied.

While the debate now has black Brits feuding with African Americans about who can best portray the African American experience, the discussion has also moved to what characteristics — ethnicity, gender, sexual orientation to name just a few — must be embodied to take on certain roles. Case in point, British actor David Oyelowo played Martin Luther King, Jr., in Selma. Many African Americans were put off by his interpretation of such an iconic and revered figure. Oyelowo recognized the tension when he accepted the role, and it may explain why the film didn’t win more awards.

As African American actors push away from Hollywood’s classic stereotypes, the pigeonholes they once accepted for themselves are no longer. But, increasing diversity isn’t a static goal. Black British and American actors shouldn’t have to vie, in a very small market, to keep their craft alive. These are two African diaspora ethnic groups whose experiences racism are separate from one another. We need to respect those differences.