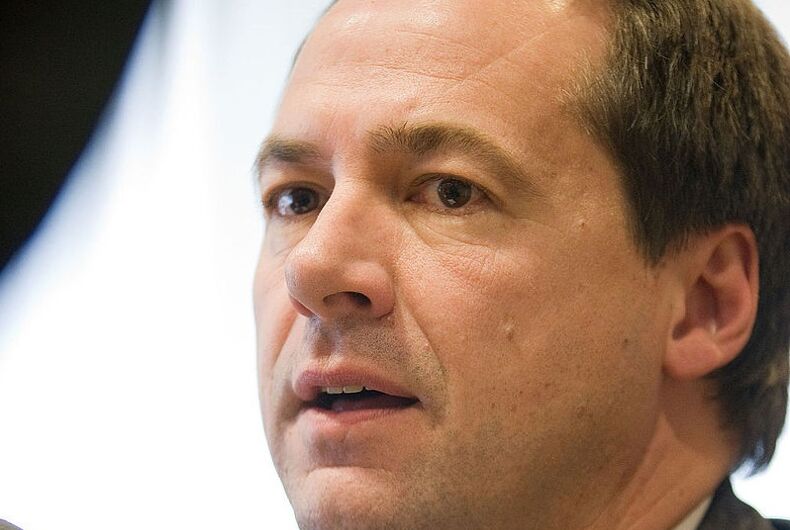 A conservative group seeking to preserve traditional family values is pushing the Legislature to let voters decide whether people should only use the bathroom or locker room that matches their biological sex. Both sides sought to persuade lawmakers on the House Judiciary Committee, with one side arguing in favor of limits by asserting privacy and safety concern and opponents dismayed about being forced to redefine their gender identity.

But Ken Fichtler, the governor’s chief adviser on economic development, defined the issue in economic terms.

“This bill is clearly counter to the economic interests that your constituents sent you here to grow and defend,” Fichtler told lawmakers.

Fichtler pointed to North Carolina as a prime example of the negative repercussions that could arise from the debate over who can legally use gender-specific bathrooms. Some businesses cancelled expansion plans in North Carolina because of a law that requires people to use the bathroom that matches their biological sex.

The Montana Family Foundation is pushing the Legislature to place the matter before voters in 2018. Dubbed the “Montana Locker Room Privacy Act,” the measure would define sex as “a person’s immutable biological sex as objectively determined by anatomy and genetics existing at the time of birth.”

Rep. Carl Glimm, a Republican from Kila, carried the bill on behalf of the foundation. If placed on the ballot and approved by voters, the measure would affect how public schools and universities, as well as other government agencies, accommodate transgender people. Facilities such as locker rooms designated for use by one sex must provide privacy from the opposite sex.

“This bill is timely and necessary. It deals with a sensitive issue in that what preserves the privacy and dignity of all involved,” said Jeff Laszloffy, the foundation’s president.

As a referendum, the measure skirts the authority of Gov. Steve Bullock, who has been outspoken in his opposition to measures like the one in North Carolina that made the state a focal point over the debate on gay, lesbian and transgender accommodations.

“Any concerns that it may hurt our economy are unfounded,” Laszloffy said.

S.K. Rossi, the advocacy and policy director of the ACLU’s Montana office, said the proposal would violate federal anti-discrimination laws.

“It’s so poorly and vaguely drafted that not only would it have unintended impacts on gender nonconforming people, it’s also going to embroil local governments in litigious and unreasonable lawsuits,” Rossi said. “Targeting transgender people specifically for harmful and exclusionary measures is cruel and unnecessary.”

By his tally, Fichtler said North Carolina and other states have already lost hundreds of millions of dollars in business.

PayPal and Deutsche Bank cancelled expansion plans in the midst of the North Carolina controversy. Other companies have also reconsidered their investments in the state, and major money-making events were pulled from the state.

Meanwhile in Texas, the Texas Association of Business said the state could lose more than $8 billion in business if the state passes a bill limiting which bathrooms transgender people can use.