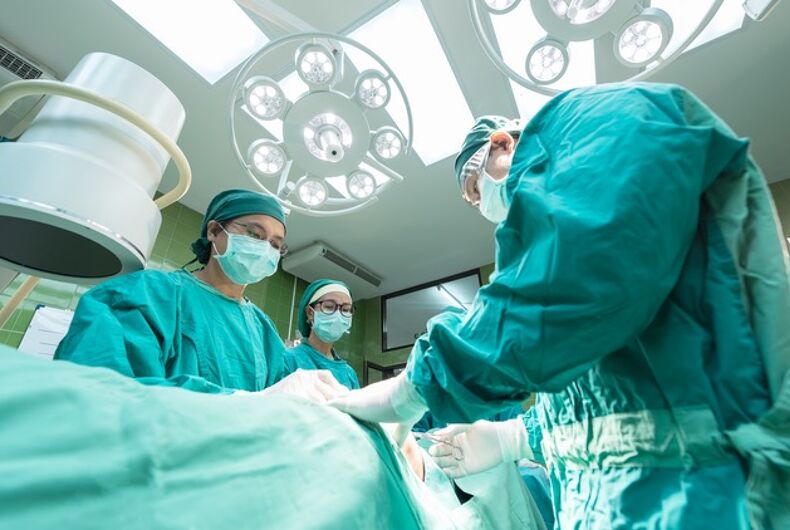 LITTLE ROCK, Ark. (AP) — An Arkansas House panel on Thursday rejected a bill that would have allowed health care workers and hospitals to refuse to treat someone because of religious objections, a proposal that faced opposition from the state’s Republican governor, its top doctor and LGBT rights supporters.

The proposal, which failed before the House Public Health, Welfare and Labor Committee, would have protected private health care professionals, facilities and insurers for not providing or covering non-emergency treatment that violates their conscience. The lawmaker behind the measure said the move was needed to protect the religious freedom of people in the health care industry.

“We don’t want someone losing their job or being unduly criticized for exercising their right to conscience,” Republican Rep. Brandt Smith told the committee before the vote.

The proposal failed two years after the state Legislature reworked a religious objections law at Republican Gov. Asa Hutchinson’s urging after it faced widespread criticism that it was anti-gay. It also comes as lawmakers are taking up several other bills lesbian, gay, bisexual and transgender rights groups oppose, including a “bathroom bill” that would restrict which bathrooms people can use in government buildings.

Hutchinson, who has spoken out against the bathroom bill, opposed Smith’s measure, his office said. State Surgeon General Greg Bledsoe also urged the panel to reject the legislation, saying it was unnecessary and would send the wrong message.

The measure also faced opposition from the Human Rights Campaign, the nation’s largest LGBT rights group, which said similar laws are in effect in three other states.

Arkansas lawmakers last year approved a rule allowing counselors and therapists to refer clients to another provider if they have a religious objection to treating them.

Smith, who said he may bring the proposal back before the committee later, insisted the proposal wouldn’t allow discrimination. He cited a provision that would prohibit denying services to a patient based on their identity or status.

The proposal also wouldn’t have prevented employers from designating participation in a health care service as a fundamental requirement of the job. The measure was backed by the Arkansas Family Council, the conservative group that pushed for the religious objections law two years ago and is supporting the bathroom bill.

“Our fight today is not about an individual, a status, an ethnic group, but about procedures and whether that issue of conscience can be accommodated,” Smith said.

Opponents of the measure noted that they hadn’t heard from any medical or business groups who said the protections were necessary. Democratic Rep. Stephen Magie, a physician, questioned whether the bill would allow someone to refuse to treat an AIDS patient because of religious beliefs.

“This goes against the grain of what being a physician is all about,” Magie said. “We take care of patients, irregardless of where they’re from, what their background is, what they believe in, what they don’t believe in.”