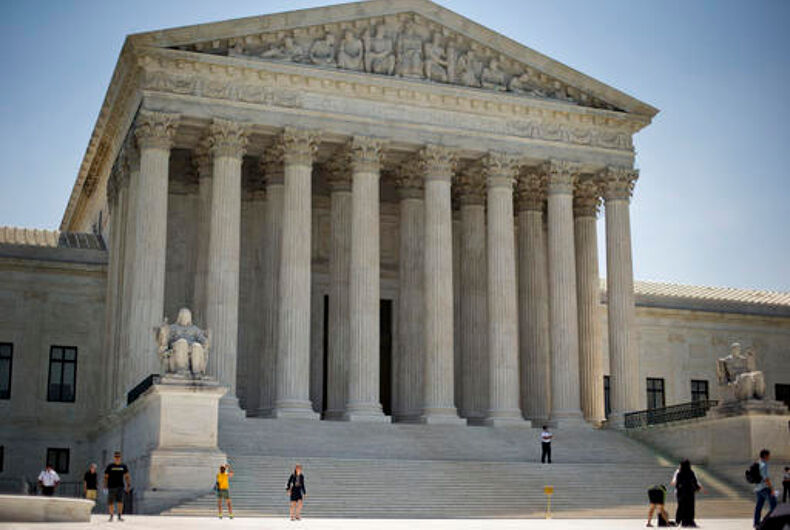 LITTLE ROCK, Ark. (AP) — Attorneys for two same-sex couples want the U.S. Supreme Court to review an Arkansas ruling preventing married gay couples from getting the names of both spouses on their children’s birth certificates without a court order.

Attorneys for the couples and for the National Center for Lesbian Rights argue that a ruling late last year from the Arkansas Supreme Court undermines the U.S. Supreme Court’s 2015 decision that legalized gay marriage nationwide. They say it could invite similar moves across the country against gay married couples.

“Allowing the decision below to stand would open the door for other courts to pursue a similarly blatant path of denying same-sex couples important marital rights and protections on equally specious grounds,” the attorneys said in a court filing Monday.

The Arkansas Supreme Court in December sided with state officials who say Arkansas has a vested interest in listing parents on birth certificates. The state’s highest court overturned a lower judge’s ruling that struck down part of the state’s birth certificate law that defines parents by gender.

Republican Arkansas Attorney General Leslie Rutledge’s office said Wednesday that she is reviewing the attorneys’ request to the U.S. Supreme Court and would respond in court.

“She remains confident in the State Supreme Court’s decision, which upheld the rule of law when it found that the lower court far exceeded its authority by unilaterally re-writing major sections of Arkansas code,” spokesman Judd Deere said in an email.

The three couples who had sued the state were allowed to amend their children’s birth certificates in 2015 under a ruling issued by Pulaski County Circuit Judge Tim Fox. Two of the three couples asked the U.S. Supreme Court to review the decision.

Monday’s petition was filed by Douglas Hallward-Driemeier, who argued before the U.S. Supreme Court in the 2015 case that led to the decision legalizing gay marriage. The filing said Arkansas’ case would likely affect birth certificate laws in other states that haven’t been updated since gay marriage was legalized and still use gendered terms.

“The issue is of critical importance to families across the country,” the filing said. “Arkansas’ discriminatory birth certificate law is far from an outlier.”