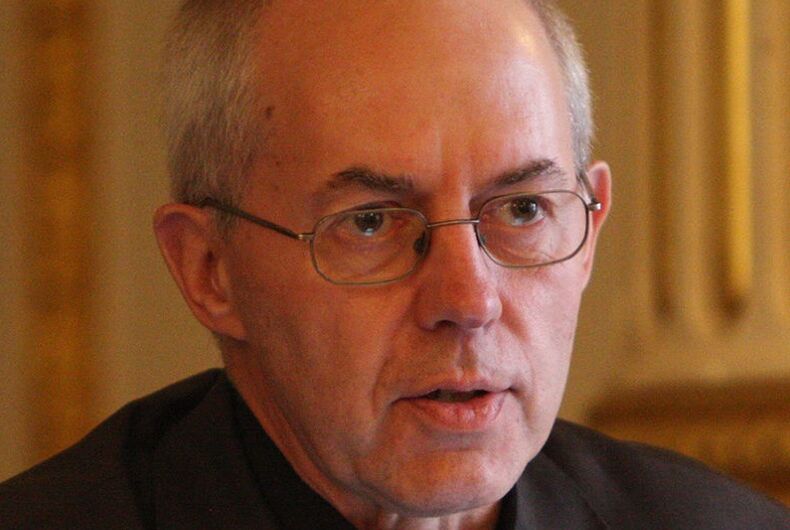 The Archbishop of Canterbury, Justin Welby, said the bishops would "do better" in the future while urging the synod to accept the report.Photo: Wikipedia

The Church of England’s clergy rejected an attempt to reconcile opposition to same-sex marriage and support for welcoming LGBT people, in a vote that put marriage supporters and homophobes on the same side.

The report was called “divorced from reality” and “unkind” and homophobic by liberal members of the clergy. Jayne Ozanne, who campaigns for LGBT rights within the church, was “thrilled” by the decision.

But homophobes were also against the report. before the vote Susie Leaf, a conservative church activist, told the Telegraph, “Without a clear commitment to [opposition to same-sex marriage], I can see them having problems getting it through.”

Andrea Minichiello Williams, another conservative activist, told the Telegraph, “I think what was clear from the debate was that the report tries to straddle positions that cannot be reconciled. I voted against the report as well. This shouldn’t be read as a victory for the LGBT activists within the Church.”

The rejection of the report does not mean that the Anglican Church will start performing same-sex marriages, but signals the “biggest defeat for the Anglican leadership in many decades,” according to gay activist Peter Tatchell.

Questions have been raised about the vote as one bishop accidentally voted “no” because he was confused about the electronic voting devices. No member of the clergy has said they were similarly confused.