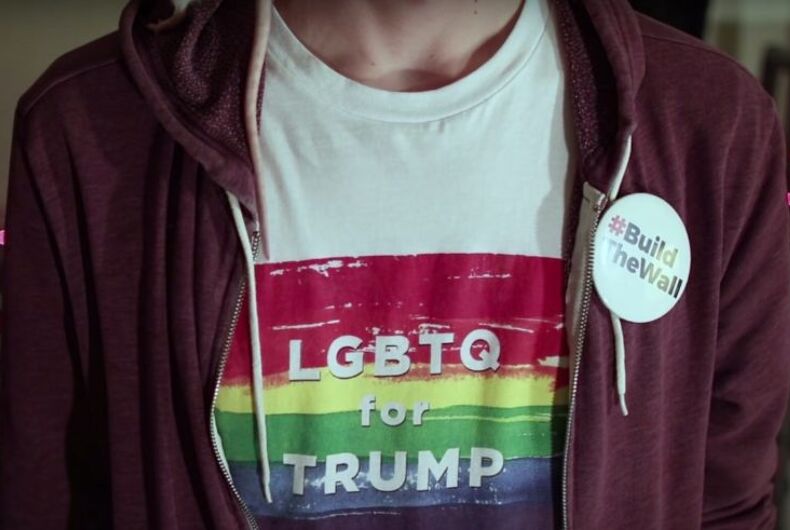 Prepare to weep. Traitors: The Minorities Who Support Donald Trump is a heart wrenching new documentary short about millennial minorities who supported Trump during the election and the backlash they have received from their peers for doing so.

“I’ve had more Christian Republicans accept me for being gay than I’ve had left-wing people accept me for being a gay conservative,” 32-year-old Tylor laments in the video, produced by a reporter for Portland State University student newspaper The Vanguard. “They say that they’re for women, gays, people of color. But what they’re really for is women, gays, people of color who vote Democrat.”

He adds that some people have gone so far as to “scream and call you racist, sexist, homophobic, bigot, transphobic.”

Adrian, a 20-year-old bisexual Middle Easterner, agrees. He says liberals are “ignorant and somewhat racist to assume a person of color wouldn’t vote conservative or Libertarian.”

“The gay rights movement is just like an arm of the Democratic Party,” he whines. “Their whole careers are invested in this culture of victimhood. So when there’s no one being victimized anymore, they have to keep it going and make people think they’re victimized so they can remain relevant or keep getting money or funding or whatever it is.”

Grab the tissues and watch the documentary below. Or don’t.

The irony behind Trump’s travel ban and Holocaust Remembrance Day