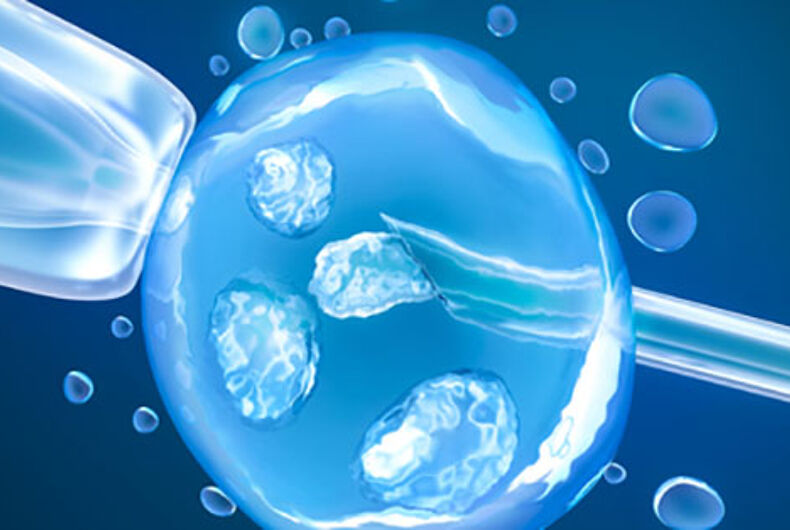 Her proposed law, House Bill 1406, would repeal a 2010 law that established that “A child born to a married woman as a result of artificial insemination, with consent of the married woman’s husband, is deemed to be the legitimate child of the husband and wife.” The measure was first reported by WMC-TV.

Artificial insemination, of course, isn’t just for heterosexual couples who cannot conceive a child through intercourse, but also for gay, lesbian, bisexual and transgender couples who want to become parents.

But the religious right, including the Catholic Church, see this method as “gravely immoral.” That stance and the bill were the subject of many tweets since the news broke about the bill.

Does (R) Terry Lynn Weaver know that HB 1406 will deem Jesus as an illegitimate?

Tennessee House Representative Terry Lynn Weaver(R) is not a 'legitimate' human being in that she is without a brain or soul. #Repulsive https://t.co/nllDBZGabX

This measure isn’t the first time Weaver has shown her true colors. In April 2016, she was one of the lawmakers who tried and failed to override Gov. Bill Haslam’s veto of a bill declaring the Bible to be the “official book” of Tennessee. Weaver urged her colleagues to help make the state the one that leads “the revival this nation so desperately needs.”

And as RawStory reported, Weaver was one of 53 GOP lawmakers who took a stand in the case of a same-sex divorce that dealt with the custody of a child born through artificial insemination. Weaver joined the other Republicans in saying the lesbian wife of the child’s mother should not be considered a “legitimate” parent under the current statute.

The Memphis television station that first reported the story, WMC-TV, removed and then re-posted an updated version of its report Monday. Calls to the newsroom and its news director were not returned by press time.